disease
by admin
Trachoma - a chronic inflammatorycorneal disease of the eye and mucosa. Perhaps this is one of the most unpleasant diseases of the eye. Inflammation in trachoma is usually bilateral. At the same time there are small pockets of dense, called diffuse infiltrates.

Furthermore, during the disease at a locusinflammatory formed small follicles which regenerate over time, degrade, and ultimately scarring formed in their place. If you notice such symptoms in any case be self-medicate, and even more can not be ignored appeared inflammation. In particularly difficult cases, the location of the eye can form scars, and sometimes even comes to total blindness.

According to statistics, today it isthe disease is present in 400 million people around the world, with about five million of them due to illness already lost vision. Most suffer from this disease in regions such as Africa and Southeast Asia. And it pointed out that often the disease occurs in areas where there is overcrowding and violation of elementary sanitary norms. 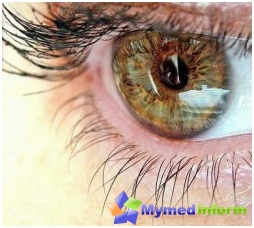 Readers of our site should be aware that the diseaseIt can develop at any age, but it most commonly affects children from trachoma. True inflammation process does not immediately become chronic. However, if the disease is still developed into a chronic form, it will persist throughout a person's life.

The onset of trachoma is related to exposure totissue infection of the eye, and it is such a microorganism is Chlamydia trachomatis (shlamydia trachomatis). The microorganism according to scientists, is the smallest of intracellular infectious agent that has the ability, like bacteria and virus. It is known that the body charmingly need for its existence. After all, in the environment, he simply can not survive. Basically, the infection enters the body through personal care products or tools that are not personal. This can be done by hand transfer agent, or via contaminated discharge, such as tears or mucus. Wrap these infections may even insects such as flies. The micro-organism - the causative agent of the disease is very small, and when it enters the body, it is very well disguised. He hides in the affected cells. In general, because of this, the masking properties of the pathogen was discovered quite recently. Further, even today it is known about quite small.

Trachoma often occurs quite hard,in such a way that it can not be cured by conventional methods of treatment of such diseases. This clinical course occur for several reasons. For example, in the presence of certain chronic human diseases, allergies, Lowered immunity and other eye diseases. Heavy flow of disease is also associated with its incorrect treatment or failure to comply with the recommendations of the patients attending physician. 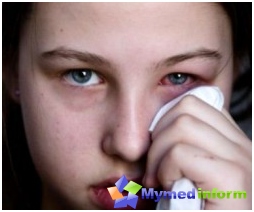 In the second stage of trachoma infiltrationIt continues follicles getting bigger. However, they begin to decompose, which eventually leads to scarring. The defeat of the cornea becomes more noticeable. By the way, in the second stage the causative agent is most active, which makes the patient infectious to others.

The third stage is already active processscarring. In the conjunctiva and visible portions follicles effects infiltration process. At this stage, the disease often occurs aggravation.

The fourth stage of trachoma is already inactive and the patient is recovering. At the same time the conjunctiva observed numerous scars and inflammation process is terminated.

With timely treatment, trachomaIt can be completely cured. If the disease is a severe form, it causes a marked clouding of the cornea. In this case a person significantly deteriorating eyesight and severe scarring formed in the conjunctiva. Due to the appearance of scars bent cartilage, broken eyelashes location and going wrapping century. Due to the constant contact with the cornea eyelashes, the deposition of the sores. 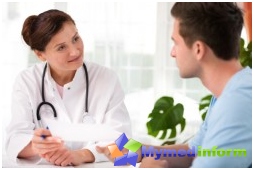 If trachoma appeared in humans for the first time inthis case, with proper treatment the disease is not dangerous to the eye. Then enough local treatment. After one to two weeks from the beginning of the disease, and if you want to open the follicles under local anesthesia.

In the treatment of trachoma patients are usually prescribedsolutions and ointments, which are composed of antibiotics, sulfonamides or sodium sulfapiridazin. Solutions are usually buried, and lay the ointment into the conjunctival sac. A full course of treatment can sometimes take up to six months.

In the fight against pathogens trachoma wellThey show themselves drugs such as macrolides. In general, this pathogen is hiding inside the cells, which makes it hard-to- reach for drugs. For this reason, patients often are assigned strong drugs, and in relatively high doses. Sometimes it is used not one but several drugs in combination.

In more complicated cases, especially when joined by secondary infection, antibiotics administered as an injection. Sulfonamide thus usually used in the form of tablets. In addition to these drugs for patients assigned additional treatment in the form of vitamins, antihistamines and immunomodulators. If trachoma deformed eyelids, then surgical methods are used to treat.