What are the reasons gastroenetrita? Which viruses cause gastroenteritis? As the use of antibiotics can affect the development of diarrhea? Read this article.

Infectious diarrhea is the mostcommon cause, causes high mortality. Its causes are dependent on the time of year. In the summer is dominated by bacteria (in developing countries - and protozoa) - Shigella, Salmonella, Yersinia, enterotoxigenic E. coli, Campylobacter, Giardia, amoeba; in winter is dominated by viruses (rotavirus and enterovirus). intestinal damage in infectious diarrhea may be invasive, occurs when the introduction of the pathogen with impaired mucosal integrity, and non-invasive that increases under the action of toxins forming water while maintaining mucosal integrity. Infectious diarrhea is divided into diarrhea residents (ie persons residing in the locality) and travelers' diarrhea (visitors). The frequency of the latter when traveling to countries in Asia, Africa and Latin America from 30 to 70%.

Among the various options viral diarrheathe greatest clinical significance are rotavirus diarrhea (the most common form of infectious diarrhea in children), diarrhea caused by a virus of Norfolk, as well as adenosine and astroviruses. The clinical picture of viral diarrhea noteworthy frequent combination of diarrhea and fever with dyspeptic disorders, and often (with rotavirus diarrhea), and with the defeat of the upper respiratory tract. Current viral diarrhea is usually favorable. The duration of the disease does not exceed usually 35 days. 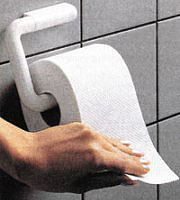 Drugs which lead to the development ofdiarrhea, sufficiently numerous (more than 650). Most often its cause antibiotics (antibiotic-associated diarrhea), laxatives (especially when uncontrolled reception), magnesium preparations, iron, bile salts and other cholagogue, NSAIDs, oral contraceptives, et al. Diarrhea this type should think when diarrhea occurs during the period of start antibiotic treatment and 2 months after its termination. The most common cause of her broad-spectrum antibiotics, particularly poorly absorbed in the gut (protected and unprotected aminopenicillin, especially ampicillin, cephalosporins, lincosamides); parenteral administration (for which all necessary substances are administered intravenously) does not preclude the development of diarrhea. In this case there is a violation of intestinal microflora. The most important etiological factor of antibiotic-associated diarrhea is a microbe Clostridium (Clostridium difficile), causing the most severe diarrhea - pseudomembranous colitis, fortunately, found only in 10-30% of cases. In other cases of antibiotic-associated diarrhea can be activated as a self conditionally pathogenic flora, and bacteria genus Salmonella, Clostridium, Staphulococcus, Candida genus fungi.

Products that can lead to diarrhea, a wellIt is known to most people. This fruits and vegetables in large quantities, especially with not only fat, but also the so-called laxatives - plums, apricots, figs, rhubarb; caffeine-containing beverages (stimulant of intestinal motility and secretion). Citrus fruits, meat, crustaceans, shellfish, uncooked jerked sausages can cause diarrhea (more common in patients with allergies) due to allergic reactions, which are stimulators of intestinal secretion and motility.

Diarrhea may occur as a result of overeating,especially with pancreatic diseases ( "Dining Table") or simultaneous reception of more than 5-6 liters of liquid (usually beer), which exceeds the ability to intestinal absorption.

Special mention deserves the "stress"diarrhea ( "trench", "bear" disease), is particularly well known to students during the session; it is based on enhancement of intestinal motility (diarrhea gipermotornaya).

Habitual abuse of laxativesmeans should be suspected in cases where the cause of persistent diarrhea remains unclear. In using phenolphthalein-containing laxatives, fecal staining occurs in a pale purple color. Detection of colon melanosis at sigmoidoscopy indicates chronic use of laxatives.