Home>Nerve disease (Neurology)>What you need to know about Guillain-Barré syndrome, in time to cure it

What you need to know about Guillain-Barré syndrome, in time to cure it

It is estimated that in 80% of cases of Guillain-Barre syndromeYou can be completely cured. This is true, but it can be a time to recognize the disease. What you need to know about the disease, to begin treatment in a timely manner? The right information - in this article. 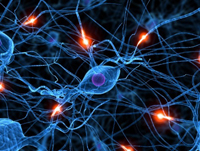 Guillain-Barré syndrome (infectious polyneuritis,Landry-Guillain-Barre syndrome, or acute idiopathic polyneuritis) - is quite rare and unusual neurological disorder with a name that not everyone will remember. Why do I suddenly decided to talk about it, not about something more, alas, the usual - a stroke or sciatica? They are sick of not more than 4,000 people each year, but they are of no easier. It is unique because it is one of the very few nerve disease that can be successfully therapy and can be cured completely with appropriate diagnosis and alertness.

So, imagine that you - no, do not you let itthere will be some other abstract man without a face - that he was ill. He picked up the common cold, or had upset bowels. He cured himself familiar tools, which are fully in any drugstore, and in a few days everything went. He is healthy and happy again. He goes to the movies, to work with the girls walking and eating ice cream. However, it passes a week or two, or even four, and he develops a strange sensation: tingling in the hands and feet. After some time, these troubles disappear, but there are new, more disturbing: the patient there is a weakness in the feet and hands, and sometimes in the muscles of the face. And this weakness in the limbs rapidly rises up to the hips and above, if it starts in the legs, or goes down, if there is a first in the hands. As a result, it can affect the respiratory muscles, and in this case, the person at risk to die, and quickly. The weakness of the respiratory muscles develop unpredictably fast and requires immediate medical action, but still die about 4 people out of 100 infected.

Guillain-Barré syndrome develops as a resultinflammation of the myelin sheath covering nerve fibers. The cause is unknown, but doctors attributed it to the account of delayed immune response to viral or bacterial infection. It can also develop after a tick bite, and people with HIV. It is believed that our native antibodies, which fight infection, and at the same time accumulate mistakenly attacks nerve sheath (myelin covering the nerves), which leads to a dangerous nervous system. Guillain-Barré syndrome can occur at any age, but most commonly affects people between the ages of 30 to 50 years. Both sexes suffer with the same frequency. Approximately 50% of patients with this syndrome in history, as already mentioned, there are indications of a mild illness with fever (transferred in about 10-14 days before the onset of the syndrome), usually an infection of the upper respiratory tract or, less frequently, gastroenteritis. When the infection precedes the occurrence of Guillain-Barré syndrome, its symptoms taper off until the neurologic symptoms. Other possible predisposing factors are surgery, vaccination against rabies, or swine flu, virus disease, Hodgkin's disease and other malignant processes, and systemic lupus erythematosus.

Typical features of the disease: symmetrical muscle weakness - the main neurological symptom, usually occurs in the first leg (bottom type), and then is extended to the hand and facial muscles for 24-72 hours. Sometimes muscle weakness develops first in the hands of (descending type) or both arms and legs. In milder forms of the disease develops only weakness in the facial muscles or does not occur at all. Another frequent neurological symptom is paresthesia (tingling and tingling), which is usually preceded by muscle weakness, but it quickly passes. However, some patients with the disorder or the symptom does not develop. Other manifestations may be facial diplegia (sometimes ophthalmoplegia - paralysis of facial and eye muscles), dysphagia (swallowing disorder) or dysarthria (slurred speech). Muscle weakness is developing so fast that muscle atrophy does not occur, but they have their place of lethargy and lack of reflexes. Often marked stiffness and pain in the form of violent spasm in the legs. Because Guillain-Barre syndrome causes inflammation and degenerative changes in the posterior (sensory) and in front (motor) roots, signs of sensitivity and movements occur simultaneously. Affects and peripheral nerves.

Serious complications of Guillain-Barre syndromeinclude lack of mechanical ventilation, aspiration ( "entrainment"), pneumonia, sepsis, contractures (limited mobility) joints and deep vein thrombosis. Unexplained involvement of the autonomic nervous system may be accompanied by sinus tachycardia or bradycardia, hypertension, postural hypotension (drop in pressure when changing posture) or loss of control of the sphincter of the bladder and bowel. Most people after weeks or months, there is a complete recovery of movements and sensitivity. With the rapid development of the patient have to check every hour on the subject of sensory loss on the uplink type, making it by touching or pinpricks of light. At the same time move from the iliac crest to the blade periodically inflicting blunt pin pricks to test the patient's ability to distinguish between acute and obtuse. During this procedure, note the level of desensitization to track changes. If the level rises somewhat above the umbilicus, the patient is likely broken intercostal muscle function and respiratory function. When Guillain-Barré syndrome begins to recede, the level of sensory disturbances and muscle weakness down to the lowest thoracic segment, marking the restoration of function of intercostal muscles and limbs. In the diagnosis to Guillain-Barre syndrome say a history of previous disease with high temperature (usually airway infections) and the typical signs of the disease. When the diagnosis is necessary to rule out similar diseases such as acute poliomyelitis.


The three phases of the disease

The initial phase corresponds to the appearance of the first symptoms of a clear and complete in 1-3 weeks, when it is not already the case of further deterioration.

The next phase - the phase of the plateau (no change) lasts from a few days up to 2 weeks.

After her recovery phase, which,find matches the re-myelination (formation of new myelin around nerves) and restoration of nerve processes. recovery phase is extended to 4-6 months; patients with a severe disease, it can take up to two years, and recovery may not be complete. Prediction best when the symptoms disappear within 15-20 days after the onset of the disease.


Every time a good treatment

Treatment is mainly supportive. It is endotracheal intubation or tracheotomy, if the patient does not get rid of secretions in the respiratory tract. To treat this disease can be gamma globulin. In order to reduce the severity and duration of symptoms can resort to plasmapheresis, which is able to filter out harmful antibodies from the blood as well as blood purifier "artificial kidney". In severe cases it may be necessary in the respirator, and a feeding probe. If the disease steadily progresses, the patient may be given a test dose of prednisone, although the latest figures hormones are ineffective. If improvement after 7 days and will not, drug overturned. Plasmapheresis assists in the initial phase, but is useless after 2 weeks after onset. So, once again: identify Guillain-Barré syndrome can and should be, because in the majority of cases the disease can be cured in contrast to many other neurological diseases. Be attentive to yourself, take care of yourself. And if some time after a cold or intestinal disease in you, God forbid, there will be discomfort in the hands and feet, you should not delay the time and immediately consult a neurologist. Treatment even salutary intravenous immunoglobulin injections is effective only in the first 14 days after the onset of the disease.