Home>Oncology>Cancer of the esophagus and nutrition: pros and cons

Cancer of the esophagus and nutrition: pros and cons

One of the main methods of preventing canceresophagus is proper nutrition. In the world of research scientists have not stopped trying to figure out which of the products is good and what is bad for the esophagus. The results of these studies - in our article. 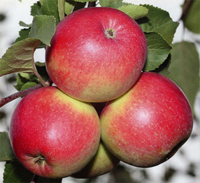 French scientists have wondered whyNormandy often suffer from cancer of the esophagus than in Burgundy or in the middle Pyrenees. In Normandy is well developed milk production and cultivation of apples, while other regions are more appropriate French cultural and agricultural traditions. On this basis, the French researchers found the following: The main risk factors were excessive consumption of butter in the diet and lack of cooked fresh fish, vegetables and fruits. Moreover, Normandy residents in large quantities drinking your favorite alcoholic drink Calvados (derived from apple cider), and, moreover, they drink it hot. Researchers concluded that the excessive consumption of butter and the habit of drinking hot alcoholic drinks are potential risk factors for esophageal cancer.

Japanese men have also been examined,living in Hawaii. The probability of occurrence of esophageal cancer significantly increased with the increase in proportion of their diet of rice, seaweed and tofu. High levels of consumption of beer, wine, spirits and alcoholic beverages in general, as a rule, significantly increases the risk of disease. Smokers (compared to non-smokers) ill esophageal cancer three times more often. On the other hand, consumption of large quantities of fruit effectively prevents this type of cancer.

In South America, studies have been conducted inregions with a high incidence level. Guess what causes cancer of the esophagus? Very hot drinks! In particular, the local traditional drink - the form of herbal tea called "mate". Mate is doubly dangerous. Even cold it contributes to cancer of the esophagus (the cause is unknown). But if it is drunk hot, the risk of developing esophageal cancer increased fivefold. At the same time, ordinary tea at ordinary temperatures prevents the disease, but it becomes dangerous if it scalding hot drink. Other risk factors include excessive consumption of meat, salt and animal fats. At the same time everyday inclusion in the diet high in fruits and vegetables protect against cancer of the esophagus. This is evidenced by a study conducted in Uruguay.

Italian scientists have also found thatbutter and hot soup to increase the likelihood of ill cancer of the esophagus, while raw vegetables and citrus reduce this risk. Another Italian study showed that intake of nitrosamines and mycotoxins is a risk factor.

Swedish researchers found that consumption of less thanthree servings of fruits and vegetables a day is a major risk factor. They also studied gastroesophageal reflux as a possible risk factor contributing to the development of esophageal cancer. And at present, no connection is not discovered (surprise!).

A study of British women(In which the esophageal cancer is three times more likely than other European women), gave the following interesting result; likely to develop significantly higher in obese women and those who eat few fruits. Preventive measure is breastfeeding children. Another study showed that fans of very hot tea and smokers higher risk of esophageal cancer, and lovers of vegetable salads - less.

Chinese scientists have conducted a study in Hong Kongand found that hot beverages and soups, pickled vegetables, lack in the diet of fruits and green leafy vegetables, tobacco smoking and alcohol abuse increase the likelihood of disease. A study conducted in the city of Jieyang (China), showed that besides contributes too hot tea, eating in a hurry, the consumption of meat and animal fat.

In South Africa, some of the traditional checkedProducts suspected that they increase susceptibility to esophageal cancer. Scientists have found that the cause are black nightshade (usually considered to be toxic, but in some regions, in full maturity fruits and leaves are cooked and eaten), beans and pumpkin (they all contain "protease inhibitors", are anti-nutrients). Another factor is tobacco smoking.

Many patients with cancer of the esophagus to eat normallyIt prevents the disease, preventing the process itself, which benefits - proper nutrition. Such patients have to be fed through a tube, push in the stomach; this technique is called "enteral feeding". Fortunately, it has been found that this method of supply is no different from conventional, provided that all the components of the diet are ideal ratio. In reality, many patients with esophageal cancer suffer from malnutrition due to the fact that they find it difficult to eat as usual. It is necessary to make a special effort to provide good nutrition to the patient, even if you have to enter the nutrients intravenously; parenteral nutrition is called.

Research conducted bycase-control, it showed that it is useful to consume large amounts of certain nutrients that are present in plant foods - soluble fiber, beta-carotene, folate (vitamin B group, also known as folacin and folic acid, is necessary to man for the synthesis of genetic cell material and for the formation of red blood cells), vitamins C and B6. Dietary cholesterol, edible fats, animal proteins and vitamin B12 increases the likelihood of disease. Another study found that linoleic acid (butter class omega-6) is converted to prostaglandin E2, which in turn is "penalized normal pH and the liquid content in the esophagus, thus contributing to the development of cancer." It is surprising, but it is a characteristic of the diet based on corn (which contains a lot of linoleic acid).

Spanish researchers have confirmed that smoking and alcohol abuse are major risk factors.

Studies in India, confirmed that the development of the disease contributes to deficiency in zinc and folate (you can make up plant food).

Japanese scientists have demonstrated the importance oftrace elements such as molybdenum, for the prevention of esophageal cancer. It requires only a few micrograms, and it is present in abundance in various products, particularly in nuts. Lack of molybdenum is extremely rare even among those who are fed as the average American.

Studies by American scientists has shown thathigh-calorie foods that are high in fat, calcium and vitamin A, beer, meat, increases the risk of cancer of the esophagus, and a diet rich in fruits and vegetables reduces the risk.


Diet before and after treatment of esophageal cancer 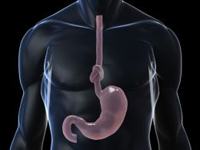 And now a few tips on organizing food before and after treatment of a cancerous tumor of the esophagus.

While you're waiting treatment, you need to tryto maintain a good level of food using dietary supplements if necessary. Find a way during diagnosis or after surgery to see a dietitian for advice. If you find that in general can not swallow food, you should immediately inform your doctor.

If you have had surgery andit turned out that when the operation does not require the removal of a large part of your stomach, then you can have anything you want, as soon as your doctor says that you can re-start there. Well, if you are fast enough to start eating solid food, provided that it will not be large pieces and you'll be good to chew it. This creates a natural load on the joint and help keep the lumen open during the healing. Initially, you may feel fear before taking solid food, but this fear is reduced, once you get used to a normal diet. When you eat, the stomach acid comes to help digest food, and this can cause nasty heartburn due to the new position of your stomach. You may also find that you are much more rapidly saturated because your stomach is reduced if part of it was removed. To prevent these problems, the best there is little and often, rather than trying to digest large meals. It is also wise to eat slowly. You may be required from time to time to exclude from your diet certain foods, such as fruits, vegetables and cereals, to cope with bouts of diarrhea, which often occur after surgery.

If you have had radiation therapy or you enteredtube, then you will probably need a soft diet. Avoid foods that can cause blockage of the tube or due to which you may have difficulty swallowing, such as raw fruits and vegetables, tough meat, stale bread. Any powdered nutritional supplements should be thoroughly stirred. It is also good if you eat slowly and drink enough during and after meals. If you again start to have difficulty swallowing food may clog your handset. Then consult a doctor for advice.