Media space is abuzz with the shocking news: Zhanna Friske seriously ill. What happened to the singer what the diagnosis is and that doctors predict? 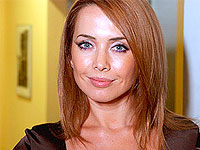 A few months after giving birth, in August2013 Jeanne was diagnosed with a malignant brain tumor - glioblastoma. For a long time the singer's family kept a secret this sad news, but when her sudden disappearance became overgrown with rumors, common-law husband and relatives of the singer were forced to officially confirm the guess journalists about the disease.

Glioblastoma brain - malignanttumor that develops from the intermediate glial cells of the nervous tissue, capable of independent division. Violation of reproductive processes of these cells leads to a fast-growing tumor, compressing the adjacent parts of the brain and hinders their normal functioning.

The reasons lie in the hereditary glioblastomapredisposition, congenital and acquired genetic defects, the harmful effects of the environment. The development of cancer Jeanne could be related to prolonged exposure to solar radiation, the singer has long been on the set in Mexico, then moved to before the birth of Miami. Rumor has it that the tumor can occur as a complication of rejuvenating treatments using stem cells.

Glioblastoma - the most commonprimary malignant brain tumor, is often diagnosed at a late stage. According to the famous doctor-neurosurgeon, a. M. N, Igor Borshchenko, Jeanne discovered an inoperable tumor in the fourth stage of its development. Why the disease is detected so late, because the singer always look after your health?

It turns out that the tumor can not be longthemselves. Time of onset of symptoms depends on the affected area. If education is closer to the cortex and affects the nerve centers responsible for speech, hearing, coordination of movements, people are quick to go to the doctor and the disease is detected at an early stage. If the tumor is in the deep structures of the brain, it is a long time does not cause noticeable disturbances. Its first symptoms are headache, nausea, vomiting in the morning, disturbances of smell and these symptoms can mimic other conditions, in particular may be associated with pregnancy. Perhaps in the case of Jeanne it was.

Primary glioblastomas vary in degreemalignancy, but almost never metastasize. Treatment is aimed at the elimination of education. In the initial stages of tumor is amenable to surgical treatment in the future - the doctors resort to radiation and chemical therapy. Now Zhanna Friske is being treated at a clinic in Miami and Germany. The doctors are doing everything possible to stabilize her condition and to achieve the necessary remission.

According to producer Andrew Shlykova, Jeanneconsciousness, her good mood, she is determined to fight the disease and believe in success. The best thing to do now, words and prayer support their favorite singer, charming and wise woman Jeanne Friske, wish her a speedy recovery.