What is bioresonance therapy

Other
by admin
Bioresonance therapy - popular modernmethod of treatment, which the mechanism of action is probably not possible to explain the available words. And not because the basic principles of the mechanisms are complex for ordinary citizens simply in the nature there are no analogues of their physical work. Nevertheless, bioresonance therapy has helped millions of people around the world.

What is bioresonance therapy 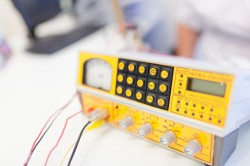 Fundamentals of bio-resonance method was inventedGerman physician Reinhold Voll, who conceived the creation of their own syncretic teachings, bringing together information and practices of all the known teachings, including homeopathy and even mystical practices. The tense situation in connection with the outbreak of the Second World War, only contributed to the popularization of his ideas, giving people hope for healing and happiness. In addition, the leaders of the Reich, as you know, fond of mystical oriental doctrines, and Voll found their "gold mine." He drew the attention of the leadership of the SS and, thanks to his diplomatic skills, he was able to present his idea in the best light, to get a decent funding.

So far, it remains unclear how could Vollavoid trial by the Nazis after the war. In the early 50-ies of the doctor "reclassified" his mystical doctrine, giving it a more medical orientation and claiming that his method is able to accurately diagnose the disease through exposure to electrical impulses on the acupuncture points of the skin. So bioresonance therapy continued to exist in European medicine, and then spread throughout the world. 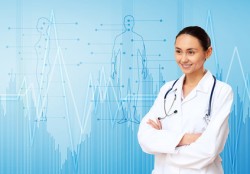 As the inventor of bio-resonance therapy has beena native of Germany, and there she is the most popular. Recently, this method of treatment has penetrated and domestic medicine, thanks to the Center of intellectual medical systems "Imedis". The facility was in the Moscow Energy Institute, the first bio-resonance therapy apparatus was constructed there, in the late 80s. It was made from scrap materials and without special drawings, but it worked exactly as the mechanism Voll.

In 2000 the Ministry of HealthGuidelines issued under the name "Bio resonance therapy» (№2000 / 74), and since then began active use and sale of devices. In the same year bioresonance therapy it has been included in the State Register of medical technology.

For almost 15 years, cell phones have improved and evolved from awkward large boxes with lots of wires into a neat priborchiki with an electronic interface that displays the diagnosis.

Bioresonance therapy for the treatment ofvariety of diseases. It is used for diseases of the central nervous system, respiratory, circulatory, skin problems, including during long healing wounds and ulcers, the treatment of the musculoskeletal system, stomach, intestines, sensory organs, and so on. D.

To date, for the endogenous method is not revealed no absolute contraindications, but exogenous BRT can not say the same. 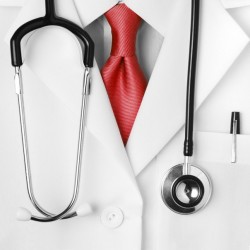 MirSovetov already said that to explain the principle ofaction bio-resonance therapy is not feasible in view of the abstract matter, it manipulates. However, there is an official statement that the mechanism works BRT concluded in correcting functions of the human body by the action of electromagnetic radiation, is strictly controlled by specific parameters. Pretty vague, do not you think? Imagine that each element or natural formation there are certain waves that it makes and that make it unique in its kind. Thus, in the mountains, the sea, the plants and the earth has its fluctuations, and a man and all its bodies - their own. When the fluctuation of the stomach, for example, give failures or "lose the rhythm" sick body. Apparatus BRT "adjusts" the rhythm of the internal organs by acting on it with a certain frequency, which is in resonance with a sick body. But again, if you are familiar with the basics of biology and physics, you have such a treatment would cause at least bewilderment. Whatever it was, bioresonance therapy really works, no matter how strange it was not nature.

The human body constantly producescertain fluctuations. Proof of this is the least familiar to all cardiogram. But to enter into resonance with any authority, it is necessary to convey to his swing, coinciding with it in frequency. To do this, you need to somehow determine this frequency. How to do it? Everything would be much easier if you could look at the person and say: "It radiates an electromagnetic wave here with such frequency and length."

The device allows the bio-resonance therapy, letnot with an absolute guarantee, to grasp this frequency. However, there is always a risk that resonance will not enter the body, and where it leads - is not known to anyone. Today, still not conducted full investigations BRT method, so that, in fact, experts are strange mechanisms to influence incomprehensible waves. However, the results speak for themselves - it somehow works.

The simplicity of design of the device for bioresonancealert the care of any, even the beginner equipment. Clinics that offer treatment services to BRT, promise to deal with all known diseases, from caries and ending AIDS. For this fact alone should alert. As long as modern science does not explain or prove the true effectiveness of bio-resonance effects, each patient who has applied for such treatment, does so at his own risk.