Other
by admin
Alcoholism - a terrible disease, it destroys people,destroys families, cripples life. The problem is that the patient himself can not see where the rolls and independently "tie" with a green serpent under force only to a few. Alcoholism - this serious disease, which without reason assigned to groups of mental illness. What can be done to cure alcoholism?

Alcoholism - a terrible disease, it destroys people,destroys families, cripples life. The problem is that the patient himself can not see where the rolls and independently "tie" with a green serpent under force only to a few. our site tried to find out whether alcohol encoding performance.

I think if you read this article, then the problemalcoholism know you too well. Do not expect that we will write out a prescription and you buy a magic pill / Siropchik / capsule and one day heal or heal a loved one. Any such promise - pure quackery! On many forums widely advertise the same wonder-drugs for which will have to pay a fortune. None of them does not help. For alcoholism - this serious disease, which without reason assigned to groups of mental illness. The problem - in the patient's head! Let's now talk about what can be done to cure alcoholism.

How to help an alcoholic? 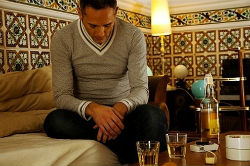 Many people know that any kind of addiction is destinyweak people. And no matter how offensive it may sound, strong people do not become alcoholics. But the matter is not in terms. All this I say only because his relatives are obliged to help the patient decide on the necessary treatment. The heart is compressed when reading the prayers of mothers and wives for help on the forums. They ask for the address of the grandmother, the name of the medicine that helped, of any advice. Unfortunately, relatives are often “accomplices” of sick people. They patronize alcoholics, solve their problems (debts, fights, etc.) out of despair they themselves give them money for a drink. Remember in the film “Moscow Does Not Believe in Tears”, the ex-spouse gives the last money “for beer” to the once famous athlete. This is aiding! It is due to such actions that alcoholics feel great and do not even think about refusing alcohol.

If you want to help a loved one, forstart stop "cover" and "protect" him! And only at the end of the binge, but not during the hangover state, talking with the patient! Give examples cured, ask friends and influential people to influence the opinion of the drinker. Because no coding does not help until the person himself will not solve the "tie" for all!

Many people ask the question "How to make an alcoholicto see a doctor? ” But you won’t force him. You can only bring a person to a conscious independent decision. And pleas, tears and persuasion will not help you in this. Understand that the coding does not cure alcoholism, it just makes alcohol temporarily impossible. The doctor can restore the body, instill an aversion to alcohol, but the patient needs precisely strong motivation. I will not be unfounded - I will give a few examples.

A 42-year-old man named Victorsoundly drank more than eight years. Peel is not himself, and a boon companion, a friend. During this time, no one can "force" it to be treated. Only after the sudden death of a friend Viktor alcoholic to stop drinking. It happened in a moment - he just decided to live, afraid of death. Restore the body helped doctors (two months of rehabilitation), and more than seven years, a man does not drink.

The second story happened in the distant 90th. Artem - a small businessman - owed a large sum of money lost and the company went into the bout. He left his hometown, hiding for a long time soundly drunk, and just bummed. But one day, lenders have found it, taken in the forest belt, tied to a tree and, taking aim at his head, "a little missed." This shot sober guy, he at the same moment gave up, and after two months "roll out" and returned the debts. Almost twenty years not a drop!

Such a situation, instead of tears of his wife and motherable to change the consciousness! You just think about it, that will help in your particular case. Drink after start not a good life - loss problems in business and personal life, and even boredom can gradually turn a person into an alcoholic. It is important to give the drinker to understand that all of this - a temporary difficulties "and it is necessary to survive." We need to deal with the circumstances, and not to indulge alcoholic. It is necessary to find the strength!

Why and what is the coding from alcoholism 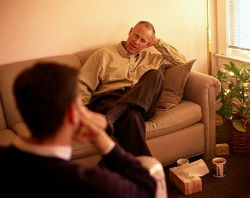 Again, any encoding alcohol is carried out only with the consent of the patient. No procedure can not commence until the person is drunk or is in a state of hangover. For medical coding Obligatory condition - at least two days of sobriety (in different methods of different terms), to psychological - two weeks.

In the first case, the patient receivespowerful drugs (pills, injections, "suturing") that are not compatible with alcohol consumption (blocking its breakdown in the body), and in case of failure cause severe reactions (nausea, dizziness, syncope, tachycardia). The principle of Pavlov dogs - drink, it will be bad or very bad. Those who came under duress close, break, drink, and suffer, or themselves come to be decoded. And then it says that "does not work."

Dear wife and mother, do not take a decision onreception of certain drugs on their own! Effective and safe (most importantly!) Tool can only choose a doctor! It also prescribe drugs to restore the liver and to prevent aggressive states, sleep disorders, memory. Your job - to choose a decent doctor (some agree encode, breaking the rules just to get the money) and convince the drinker in need of treatment.

Psychotherapeutic techniques no less effective than medication to be safe, but for some reason it is not as popular. The thing is that before such treatment must be long-term abstinence from alcohol.

One of the most well-known method - the method Dovzhenko. With the help of special tactics of hypnosis patient inspired aversion to alcohol, which acts for a while, then treatment should be repeated. The session may be group or individual, it lasts about four hours and has contraindications (disturbance of consciousness, heart problems and some others).

In the treatment method for the patient hypnosuggestiveinspired aversion to alcohol and given installation on sobriety. This method has no side effects, plays an important role professional qualification. He is contraindicated for people with severe mental changes, and those who have repeatedly encoded.

You can combine both medical and psychotherapeutic treatment. But in any case, the encoding - it's a change of consciousness and of this fact no one cancels.

People suffering from alcoholism, can berecommend to read the book Allen Carr's "Easy Way quit drinking" (about her a lot of good reviews). Decide on a sober life without encoding you help group Alcoholics Anonymous. Online users are many websites where people help each other cope with addiction.

our site wishes all successful healing and faith in yourself!