Mineral wool is one of the most harmfulbuilding materials, inferior to health hazards except asbestos. In a number of developed countries, in particular in Germany, many types of mineral fibers are banned, in countries of the "third world" they are considered safe. Studies by the International Agency for Research on Cancer (IARC) confirm that fiber dust can trigger malignant neoplasms. 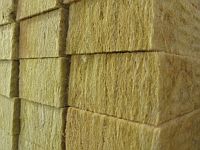 Mineral wool, widely used with us forsound and heat insulation of rooms is not at all as harmless as it might seem at first, inexperienced look. In fact, this is one of the most harmful building materials, inferior in terms of health hazard to asbestos, as is widely said on the Internet:

The structure of its fibers include carcinogenic components and the binder material is a phenol-formaldehyde or
melamine resin, which distinguishes highly toxic substances such as phenol and formaldehyde - essentially poisons to the human body.

Head of Rospotrebnadzor Gennady Onishchenko,Commenting on the theme of safety insulation made of mineral wool, recently he said: "The man moves into a new apartment, he having headaches, pressure jumps, he can not find the place itself. When we begin to check in the finishing materials are a lot of technologies violations - the allocation of the same formaldehyde. It comes to the fact that we give a prescription every tear and re-remake. But when a person complained. And most do not complain. "

Back in December 1997 the European Union waspublished directive classifies various types of mineral wool on the degree of danger. According to this directive, mineral wool was considered as irritant (irritant); to 2 (potentially dangerous) or 3 (not enough data for a reliable assessment) group attributed its carcinogenic hazard, depending on the content of oxides of alkali and alkaline earth metals and fiber size. 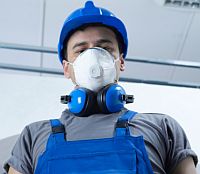 The fact is that mineral wool poses a special threatrespiratory organs: the dust of mineral fibers, falling into the lungs and holding there, can cause cancer and the degree of risk depends on the size and shape of the fibers. Particles with a thickness of less than 3 and a length of more than 5 microns have the greatest danger. By the way, this applies not only to mineral wool, but also to asbestos fiber, to a lesser extent fiberglass - sources of finely divided respirable dust that enters the respiratory tract and is not pushed back by exhaled air flows. “The smaller the dust particles, the higher its allergenicity and the possibility of penetration into the respiratory system. Fine dust has special allergenic activity, i.e. consisting of tiny microscopic
particles ", - he explained PhD,allergist-immunologist, head physician of the medical center "Medstayl effect" Hope login. - "Including refers dust source which may be, for example, asbestos, mineral wool, which are widely used in Russia as a building and of insulation materials."

Studies of the International Agency for ResearchCancer (IARC) has confirmed that the fiber dust can cause malignant tumors. In the US and Europe has been studied mortality among employees of enterprises producing glass fibers and mineral wool. A significant portion of them died from lung cancer.

The mechanism of disease risk from the mineral woolfollowing. In some developed countries, particularly in Germany, banned many types of mineral fibers, in the countries of the "third world" is regarded as safe.

Phenol, which carries on its mineral wool fibers,quickly absorbed into even the undamaged parts of the body skin. Almost immediately after entering the body it begins to affect the brain and can cause short-term stimulation and paralysis of the respiratory center. Even small proportion of phenol in humans cause coughing, headache, nausea, fatigue. A more serious poisoning can lead to fainting, numbness of the cornea, seizures, cancer. "In small doses is very toxic phenol found in some medicines, even green tea and cosmetics. But it is by prolonged exposure
It accumulates in the body and can lead tothe most disastrous consequences. When we built "phenolic" houses, hoping that the next generation will live under communism in new homes, but in reality, many people still live in hazardous housing, including in Moscow ", - explains the doctor of medical sciences, professor, gynecologist, reproductive health specialist, a leading researcher at the Russian Academy of Sciences Evgeny Zharov CDB. - 'Phenol, dirt, dust microecology strike the human body, destroying beneficial microorganisms. Violated biocenosis, as a consequence, there are numerous inflammatory processes. And absorbed these tiny particles can not only via the respiratory tract, mucous membranes, but also through the skin. "

In addition, mineral wool allocates 0.02 mgformaldehyde per square meter of its surface per hour. A lot or a little? If we consider that in a residential area quite a lot of other sources of this highly toxic substance (particle board, plywood, etc.), As well as the receipt of it from the outside air, the maximum permissible concentration (0.05 mg / m³) of formaldehyde exceeded several times!

Gennady Onishchenko said that if brokenelemental technology in the manufacture of mineral wool and regulations are violated in the construction, the use of such materials can lead to very serious health consequences. In this case no control over the products to the construction market today is not, acknowledged the official. Therefore, the risks associated with the purchase of mineral wool, are increasing.

Construction industry experts confirmOnishchenko’s fears. “Today, glass wool is being replaced by mineral wool, but the effect is the same. These materials must not be used because they are carcinogenic! Dust from mineral wool, if she breathes frequently, causes cancer and other diseases in the human body. In addition, mineral wool releases phenol: phenolic resins are used in it, like in particleboard. No one is following this today. And carcinogenic mineral wool is widely used in the construction of housing and offices, ”complained the deputy general director of Eurostroy Alexei Strakhov.

By the position of the doctors were joined by environmentalists. "Phenol and formaldehyde are the strongest carcinogen, causing cancers and tumors, - said the executive director of ECO" Green Wave "Sergey Avdeev." Environmental activists have already announced their intention to carry out a number of checks the quality of the mineral wool, which is used for capital repairs of residential and office buildings in Moscow.