Other
by admin
Semen - Today the most common procedure. When a pair of long, but trying in vain to have a baby, semen analysis allows us to confirm or refute the probable diagnosis of male infertility.

semen results may indicate andother diseases: prostatitis, a variety of infections. In this article we describe in detail all the intricacies of this procedure, as well as the explanation of the results.

As the material for analysis was prepared

Before collecting material, the patient is betterabstain from sex for 4–5 days. The procedure, as a rule, is carried out in the clinic, which allows specialists to start the analysis immediately after the sperm becomes more liquid. 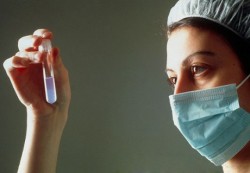 The vast majority of male sperm has a grayish-white shade. However, modern diagnostic color as well, and the smell of semen is no information value can not be held.

The acidity of the ejaculate (Ph).

Hydrogen indicator of seminal fluid is importantcomponent of the analysis when passing a verdict on the state of reproductive and sexual function of men. An ejaculate without deviations should have a slightly alkaline reaction (Ph 7.2–8.0). If acidity is overestimated or underestimated, but other sperm characteristics are normal, then this fact, as a rule, does not indicate any disturbances in the body. However, in the presence of other alarming deviations, acidity values ​​directly affect the diagnosis.

For example, the increased acidity of the seeddilution liquid at low-quality sperm, "hints" specialist on the need for additional testing of the prostate to identify possible diseases of infectious origin. Reduced performance Ph together with azoospermia (absence of sperm in the semen) indicates its obstructive nature of the (active sperm there, but ejaculatory ducts are blocked).

Studying the semen analysis, the doctor first drawattention on sperm count. To determine this quantitative indicator devices use different microscopic structure. The most accurate believe Goryaeva camera, originally designed for counting blood cells. In normal seminal fluid contains not less than 20 million sperm cells per ml and 1 should be not less than 40 million total sperm.

According to the importance of this indicator is not inferiorthe amount of ejaculate, because it depends on the activity of sperm, if he could be the first to achieve the goal and fertilize the egg. Sperm motility is divided into 4 categories:

The seminal fluid normally present allcategory of sperm activity. Normally, the number of progressive motile sperm and categories A and B should be at least half of the total weight. 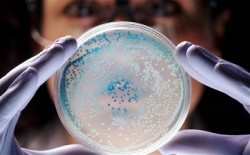 This term refers to the process of bondingsperm - a sign of a serious malfunction of the immune system. In itself, bonding directly on the reproductive function is not affected, because it affects mainly small amount of sperm. At the same time, the agglutination may indicate the presence in the semen of sperm antibodies, which can trigger infertility.

Spermagglyutinatsiyu not easy to recognize once itIt is often confused with other concepts - spermagregatsiey. However, the aggregation of spermatozoa in the semen fertile properties are not affected. The term gluing refers caused no immune factors, and mucus present in the seminal fluid.

The composition of the ejaculate in addition to sperm comewell rounded cells - white blood cells and immature cells of spermatogenesis, that is, cells that make mature sperm produced in the testes. Average number of leukocytes in the semen of 1 million / ml. Increased concentration indicates possible inflammation in the accessory genital glands. From immature cells of spermatogenesis leukocytes distinguished by a special method of staining sperm.

All the indicators and standards in spermogramme - number of very relative and conditional, therefore, only a competent physician reproductive system can give an objective assessment of the characteristics of the studied semen.