Home>Other>What if a wisdom tooth hurts

What if a wisdom tooth hurts

Other
by admin
Teething and growing wisdom teeth oftenaccompanied by inflammation and pain. Many people in my life at least once faced with similar manifestations. According to statistics, less than one-third of the population growth of these teeth occurs without any problems. In most cases, the development of wisdom teeth is accompanied by all sorts of disorders.

In adult human normally formed28-32 teeth, 28 of them grow up at an early age, the other four (the so-called wisdom teeth) may erupt between 17 and 25 years, and sometimes much later. The name of wisdom teeth comes from the fact that they erupt later than the other teeth, when a person has formed the basis of the nature and outlook. In some cases, these teeth erupt, sometimes even absent in some of their beginnings. 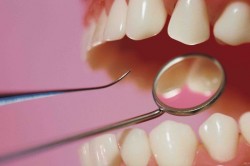 Wisdom tooth is a tooth back drasticallyman grows latest in the dentition, and the account is the eighth. Also wisdom teeth are called "third molars". Their sizes are typically less than other medium-sized posterior teeth.

The peculiarity of this tooth is that it immediatelyerupted indigenous without preparation for eruption in the form of a baby tooth. The roots of wisdom teeth have a specific shape and are often curved. The number of roots can be different, from two to three to five, sometimes several fused roots are found.

How to grow wisdom teeth

Features of the formation and growth of wisdom teethdue to inheritance of a particular person, the structure of his bone-jaw system, the dentition. The main problem lies in the reduction of the jaws of modern man compared to our ancestors. Most wisdom tooth is simply not enough space for the growth of the jaw, hence there are difficulties in its placement in the dentition.

It happens that the wisdom tooth is growing properly andIt can cause serious inconvenience, threatening adjacent teeth, gums and even bones. This happens due to the fact that at the time of the eruption has formed the jawbone, and a new tooth may lack space on the jaw arch.

The crown of the tooth is formed by eight to 12 years,eruption of wisdom teeth usually begins no earlier than 17-18 years. Third molar eruption and growth procedure is quite long and may be accompanied by inflammatory processes.

Problems of development of wisdom teeth 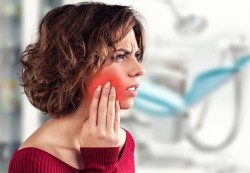 Often, pain in the wisdom tooth associated with the following disorders:

Wisdom teeth - to remove or treat? 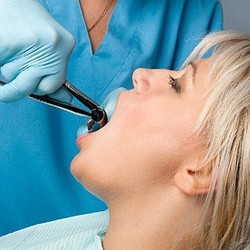 If you have problems with wisdom teeth usually require medical intervention dental, surgical or therapeutic nature. For therapeutic treatment are applied:

Or need surgery. Dentist evaluates the degree of destruction of the wisdom teeth, the presence of indications for its conservation and treatment or removal:

Before the visit to the dentist 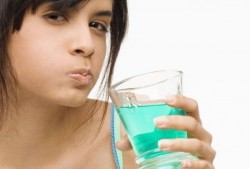 You can use the proven means to relieve pain and reduce inflammation:

Even after the withdrawal symptoms toothache our sitestrongly recommends that you contact your dentist. Depending on the condition of the tooth or be prescribed treatment, removing if necessary. The desire in that at all costs to save the tooth in the case of wisdom teeth is not always justified. The doctor will explain in detail the treatment regimen or surgery.