Home>Other>Common lies about the brain

Common lies about the brain

Let's talk about the facts about the human brain, which is actually no more than a fascinating mythology. 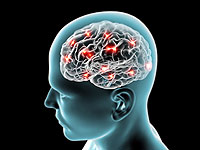 Fact: A man uses the brain as a whole.

This is not an absolute lie and half-truth. Every day you use all one hundred percent of his remarkable brain. But for different operation "turned on" its own part. For example, by reading this article, you use the frontal and occipital lobes of the brain - to distinguish letters and understand the meaning of the text. In addition, active hippocampus, responsible for remembering (you probably remember that all the brain use?). At the same time, part of the brain stem and cerebellum is responsible for your location in space, respiration, blood circulation and digestion. And in the appendage - the hypothalamus now regulates hormonal balance, body temperature and so on.

If you collect all this interest willmuch more than a decade. But we did not mention that right now you can listen carefully to the sounds outside the window, to be ready to close the page, if held by the boss, or maybe you eat a piece of candy and peripheral vision keeps track of your child.

2. Myth: Crosswords allow the brain to keep a youth

Truth: Crosswords elevate mood, help you to enrich your vocabulary, but they do not affect the memory and ability to think.

Many people, especially the elderly, are convinced that aAt least one crossword puzzle a day - the perfect remedy for senile dementia or Alzheimer's disease. Alas, that there is no scientific evidence. Solving crosswords coached only one skill - to quickly find the desired memory definitions and concepts. Far greater are the benefits of daily physical activity and fresh air. Oxygen flow to brain cells - and that's what improves memory and sharpens mental acuity and ingenuity.

3. Myth: The human personality is largely dependent on whether he or levopolusharnik pravopolusharnik

Truth: Two human brain intricately interdependent, and we equally use both.

You've heard that there are creative personalities,which have become so due to the active work of the right hemisphere of the brain, but there is logic to think harmoniously and efficiently thanks to the left hemisphere. However, brain scans do not lie: it shows that during any activity run both hemispheres, whether you draw a picture, or solve equations.

For example, we used to believe that for the excellentlanguage skills and the ability to respond to foreign languages ​​only the left hemisphere. Indeed, it is activated when we use the grammar and pronunciation, but intonation of speech, the right hemisphere is responsible.

Truth: The brain is able to repair damaged cells, to compensate for the work of the failed the other, and even to grow new ones.

For some reason we believe that are born with a certainnumber of brain cells, and this number does not change with age. Many scholars have recently defended the idea that the brain cells do not regenerate, and those that are damaged irreversibly impair brain function. Fortunately, this is not true.

The brain is plastic, it is able to adapt toa variety of circumstances. It not only seeks to recover the crippled cells, but also in the event of failure of delegates to their neighbors function. And if the number of cells critically low, gives the command to create new ones.

Truth: Moderate alcohol consumption (which has not reached the stage of alcoholism), does not destroy cells, and alcohol does not lead to their death, and the only damage.

To destroy brain cells, you need to drinkmany alcohol drinks that you simply die, together with the brain. In alcoholics really is not all right with the brain, but it is not because the whole cells are killed. Abuse of alcohol damages the dendrites on the tips of neurons, brain cells and it becomes difficult to transmit messages to each other. It is not an adequate situation, the behavior of alcoholics.

Well, one can not debunk a common mythabout classical music, saying, Listen to more of Bach and Rachmaninoff, and become smarter. nothing happens to the brain. But if you like classical music, if you regularly listen to it with pleasure, you become peaceful and relaxed, and the resting state is inseparably linked to the common wisdom. So listen to health, but without unnecessary illusions.