Home>pulmonology>Bronchitis, asthma ... At hardening gets!

Bronchitis, asthma ... At hardening gets!

In healthy people, the adaptive capacity ofwell developed, and if the disease they are to some extent reduced. Therefore, patients with asthma and chronic lung diseases is very important hardening, which should be carried out according to specific rules.

Patients with chronic lung disease,which include asthma and chronic obstructive bronchitis (aka - chronic obstructive pulmonary disease), decreased exercise tolerance, and cold, there is a tendency to frequent colds. Almost every person knows that dealing with infections and colds helps tempering. But how to implement hardening and make it part of daily life, few know.

Thus, hardening - is a way to influence theadaptive capacity of the body, to make it resistant to the cold and to limit the risk of infectious diseases. There are various methods of hardening. The most commonly used hardening cold water.

The use of cold water treatmentsIt is mentioned in the works of ancient physicians - Hippocrates, Avicenna; hardening was an important part of the physical development of the inhabitants of Sparta. Cold perfusion practiced in high schools and boarding houses of pre-revolutionary Russia. It is known that a prominent Russian ballerina Anna Pavlova grew frail, very sickly child, but the passion for the ballet won - Get over yourself and your own, a young ballerina beginning to pour cold water in the morning and evening, got stronger physically and became the pride of the Russian ballet. About his relationship with cold water, says in his memoirs, no less famous woman, a brilliant mathematician Sofia Kovalevskaya.

The mechanism of tempering procedures 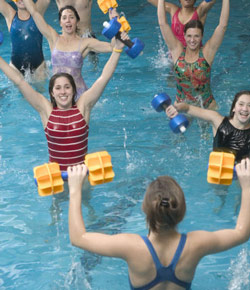 In recent years, we developed and continue tovarious programs to improve hardening for patients with chronic lung disease. These methods contribute to the development of protective and adaptive reactions of the organism. Through hardening occurs adaptation process cooling, as well as changes occur, which cause narrowing of blood vessels when exposed to the cold, but on the contrary, their expansion. The systematic use of low-temperature conditions is enhanced resistance to cold parts of the body. Increased skin temperature prior to cooling is the adaptive response, which has conditioned reflex character.

Hardening - a physiological trainingadaptation mechanisms through systematic, repetitive cold stimulation of the skin with increasing intensity. Water with a temperature of about 33 ° C there is a man as warm, 23 ° C - a cool, 13 ° C - as cold. Water with a temperature below 23 ° C, has a stimulating effect, to which the body responds by changing the processes of thermoregulation and including physiological adaptation mechanisms.

Under the influence of the cooling processes of heataccelerating the body (under the experimental conditions - to 4-fold compared to baseline). With intensive cooling increases the tone of the sympathetic nervous system (adrenaline occurs in the blood), which is the first defense reaction, the second protective reaction of the organism is enhanced as a result of stimulation Exothermic adrenal and thyroid glands.

The pre-existing programs hardeningassumed slow decline in water temperature, and the time to reach the temperature adaptation have been so stretched that they could not provide hardening patients with chronic bronchitis and bronchial asthma - during this time occurred exacerbation. Therefore, in our clinic, we used a technique which provides rapid quenching with cold water. Patients were carefully examined to rule out serious diseases of the cardiovascular system (especially ischemic heart disease with angina or cardiac arrhythmias), kidneys (pyelonephritis, glomerulonephritis), of the nervous system.

Implementation of Hardening was a mandatory part ofphysical rehabilitation program (along with breathing exercises and physical activity), but the transition to the adoption of cold water treatment was arbitrary. In some patients, the transition to a low-temperature mode is carried out gradually - in a comfortable and contrast showers, others have started pouring cold water without preparation, and several people began immediately to take cold baths duration from 40 seconds to 1.5 minutes. Those patients who are unable to start water procedures, they at first replaced the body by rubbing a dry towel. Tempering procedures performed every day, 1-2 times a day.

If you decide to start using hardeningcold water, first of all, consult your doctor about the possibility of this type of hardening it is for you. Then follow these basic rules.

1. Never spend Kholodov water treatments, or if you are sweating you, on the contrary, very cold. Please take a normal shower, and then pour the bucket of cold water. The use of a cold shower is not recommended, as this procedure will cause hypothermia, a rapid dousing not cool the strong current, but rather warm up.

2. After water procedures are not in a cold room or in a draft.

3. Do not start to harden during tolerated infection or exacerbation of any disease.

4. It should be remembered that the hardening - only one of the components of rehabilitation. For maximum effect, it is necessary to combine hardening with breathing exercises and physical exercises.