Home>pulmonology>Pulmonary edema: causes and forms are different - the same danger

Pulmonary edema: causes and forms are different - the same danger

Cardiogenic or non-cardiogenic, toxic orallergic, fulminant or protracted - swelling of the lungs are different. Their classification depends on the reasons for the swelling of the time during which edema develops, from its symptoms. Swelling different - but the danger is always a threat to life.


What are the pulmonary edema

pulmonary edema - a pathological condition,due propotevanie transudate (liquid contents) from the blood capillaries into the lung tissue, and then to the alveoli; characterized by a sharp violation of gas exchange in the lung, clinically severe suffocation and blueness of the skin. Pulmonary edema is among the most terrible manifestations of left ventricular heart failure. It may complicate the course of myocardial infarction, myocardial infarction, chronic heart aneurysm, mitral stenosis and insufficiency, severe hypertension. It can also happen in thrombosis and embolism, pulmonary vessels, in uremia, intoxications, anaphylactic shock, a bulk liquid parenteral administration. One type is a toxic pulmonary edema. Pulmonary edema in pregnant women also not rare. 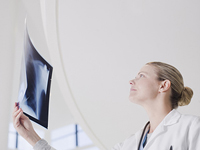 Symptoms tend to be very informative. Shortness of breath at rest somewhat easier to position the patient sitting or standing and amplified at the slightest exertion. Patients complain of chest tightness, shortness of breath, sometimes dizziness, general weakness. Shortness of breath may occur in the form of acute cardiac asthma attack. The skin of the face and body are usually pale, excessively wet, hard breathing of the lungs revealed sometimes prescribed dry humming wheezing (if cardiac asthma), but there are no crackles. There tachycardia. All these symptoms indicate interstitial pulmonary edema (initial stage when fluid accumulates in the lung tissue).

When alveolar edema (subsequent heavierstage, when the liquid is already in the lumen of the alveoli) which can develop very rapidly, sometimes as if suddenly (such as during sleep), the patient rapidly progressing dyspnea, developing into asthma, respiratory rate increases to 30-40 per minute, on the face appear profuse perspiration, marked blue tongue, the skin becomes grayish hue. Heavy breathing is interrupted by coughs, released copious frothy, often pink (bloody) sputum. Patients are excited to experience the fear of death.

In the breast over the entire surface of the lungs are determinedfinely, subsequently mixed wet rales with a predominance krupnopuzyrchatyh; there is rattling in the large bronchi and trachea, audible at a distance (bubbling breath). Growing tachycardia, sometimes muffled heart sounds so that they can not hear because of the noisy breathing. The pulse becomes small and frequent, blood pressure tends to decrease, and the occurrence of pulmonary edema on the background of vascular insufficiency aggravates it up to the development of severe collapse. The diagnosis is confirmed by X-rays.

First of all you need to know that these patients are subject to immediate hospitalization. It is imperative to provide the patient a possible first aid on site and during transport to the hospital.

In general, the treatment comprises: