Diseases
by admin
Tetrad Fallo - so-called severe disease, which is characterized by a combination of four heart defects. These include such vices as a large interventricular septum defect, narrowing the path of blood outflow from the right ventricle, a significant displacement of the aorta and hypertrophy of the right ventricle. 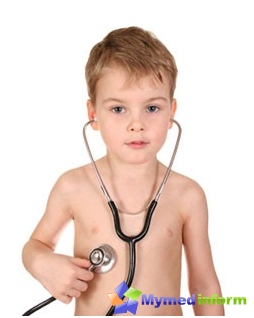 Among all known heart defects, this disease is among those who are most often found. This pathology is found in 6-7% of cases. Among the critical vices of the heart of the Tetrad Fallo is diagnosed only in 4% of cases.

This vice occurs due to the congenital defect of the interventricular partition. Because of this defect, all the necessary conditions are created in order for the same pressure in both gastrics. Hypertrophy of the right ventricle is usually a consequence of the presence of opposition to the normal output of blood flow from the right ventricle. In addition, the development of such pathology plays an important role to the exchange overload of this ventricle.

Rarely this disease is combined with the absence of a pulmonary valve. At the same time, approximately 40% of patients have additional heart defects. So, about 3% of cases in patients, a muscular defect of the interventricular partition is found. Approximately one fourth of all patients there is a right-sided arc of aorta. Approximately 5-14% of patients occur anomaly of coronary arteries. Moreover, such pathology is nothing else, as the disheve of the interventricular branch from crossing the output department of the ventricle of the right coronary artery.

Most often, children are sick, who have certain gene deviations. Such deviations can be a DJord Syndrome, Pataau syndrome, Edvars Syndrome, and Down Syndrome. In addition, it is often such a vice manifests in children whose mother suffers diabetes. The children whose mothers took during pregnancy and narcotic substances are subject to development of such a defect. In addition, the risk is high in women who, before and during pregnancy, took a lot of vitamin A. 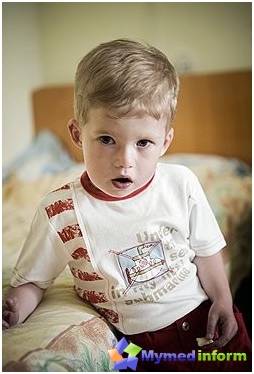 There are three main phases of the course of this disease. Each of these phases is characterized by their symptoms. So, the first phase usually lasts until six months. This is a pretty well-safe phase, in which the patient's condition is fully satisfactory. At the same time there is no lag in physical development.

The second phase is usually characteristic of age from 6 months to 2 years. In this period of the course of the disease, the patient has short-circuit-cyanotic attacks. These attacks often lead to some brain complications, and sometimes even to death.

Such attacks, as a rule, occur in the presence of absolute anemia. And the mechanisms of development of the attack usually depend on how sharp will spasm of the infundibular right ventricular. This spasm as a result leads to the fact that all venous blood begins to come only in the aorta, and this in turn causes a sharp lack of oxygen in the CNS. Our site notes that during an attack the amount of oxygen, which falls into the body is reduced to 35%. Systolic noise decreases dramatically or completely stops. Because of this, a child with this vice manifests a very strong concern. On his face, a clearly pronounced fright is celebrated, a synushia appears, his pupils are expanding, shortness of breath, and the limbs become cold. After some time, the child loses consciousness. Soon he appears Causes. When a child is in this state, then he can even because of the lack of oxygen to fall into whom or die. Such attacks can have different severity and can last from a few seconds to two or three minutes. After the attack, the child usually remains sluggish and sedentary for a long time. Sometimes the child has the development of the weakening of arbitrary movements. Sometimes there may also arise a heavy form of brain circulation.

The third phase is a transition phase, t. E. During its development, symptoms of adult disease begin to manifest. 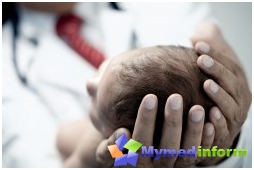 In the diagnosis of pathology, doctors, first of all, rely on the appearance of the patient. In addition, it is important to listen to dry, rough systolic noise in the heart. If an electrocardiogram is performed, signs of increasing the size of the right heart departments are detected. When conducting radiographs, signs are determined, or rather typical changes in which the heart takes «Wooden Bashmachka». And also identifies such a typical picture for this vice, as not an enlarged form of cardiac shadow and depleted pulmonary pattern. If you hold an ECG, then a patient can determine a significant deviation of the electrical axis of the heart (120-180 degrees), and on the right side.

Echocardiography can be very useful for diagnosis, but the main method is still angiography, which allows you to explore the heart with the help of contrast agents. This method allows you to clarify the availability of indications for the operation. In addition, this procedure will allow planning, in which volume the operation will be carried out. 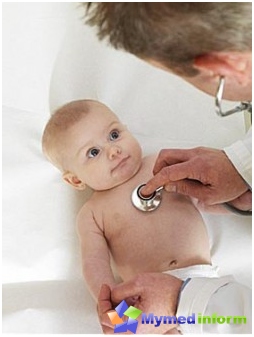 Tetrad Fallo in any case should be treated. Moreover, if the vice takes place hard, then the surgical intervention is carried out immediately. In this case, the operation is always performed when the patient is connected to the artificial blood circulation. Previously, the operation was carried out in two stages, and today they make both stages at a time. Nevertheless, it is not always so. In some patients, it is impossible to conduct a radical operation at once.

Mortality during operation in young children is quite small and does not exceed 5%. After the successful operation, the child disappears shortness of breath, sinusia, becoming normal results of analyzes. At the same time, children after surgery should still be observed by a doctor.