Rheumatism - an inflammation of connective tissues with preferential localization process in the cardiovascular system.


Rheumatism development is closely associated with acute or previous
chronic nasopharyngeal infection caused by streptococcus.
The important role of genetic factors is removed, as evidenced by
a more frequent incidence of children from families in which one of the
parents suffering from rheumatism.

In the development of rheumatic fever
Equally important is the direct or indirect damaging
the impact of streptococcus components, its toxins on the body
development of immune inflammation. During the electoral defeat of valves
cardiac infarction and the development of the immune aseptic inflammation
responsible protivostreptokokkovye antibodies cross-reacting with the
heart tissue (molecular masking).

The manifestations of rheumatic fever

Rheumatism
characterized by a variety of symptoms and flow variability. how
Typically, it occurs at school age, and less common in preschool children
practically does not occur in children younger than 3 years.

In a typical
cases, the first signs of rheumatic fever are detected 2-3 weeks after
tonsillitis, pharyngitis as fever, signs of intoxication
(Fatigue, weakness, headache), pains in the joints and other
manifestations of the disease.

One of the earliest signs
rheumatic fever are joint pain, detected in 60-100% of cases.
Rheumatoid arthritis tend to acute onset, the involvement of the major
or medium-sized joints (usually the knee, ankle, elbow), fast
reverse the development process.

For rarer symptoms of rheumatism concerns of annular rash and rheumatic nodules.

of annular
rash (erythema annulare) - dull pale pink rash in the form of
thin annular rim, it not is rising above the surface of the skin and
disappear when pressed. It is found in 7-10% of patients with
rheumatism, mainly on the height and the disease is usually
unstable character.

The subcutaneous rheumatic nodules - rounded,
dense, slow-moving, indolent, single or multiple
education in the field of localization of large and medium-sized joints,
the spinous processes of the vertebrae in the tendons. Currently
It is rare, primarily in severe rheumatism
persisting from days to 1-2 months.

Stomach ache,
lung, kidney, liver and other organs in rheumatism
It is now extremely rare, mainly in his grave
flow.

Treatment
Rheumatism is based on the early appointment of combination therapy,
aimed at suppressing the activity of streptococcal infection and
inflammatory process, preventing development or progression
heart disease. The implementation of these programs is carried out on the basis of
phasing: Phase 1 - inpatient treatment, Stage 2 - follow-up care in
local cardio-rheumatology Sanatorium, Stage 3 - dispensary
observation in the clinic. 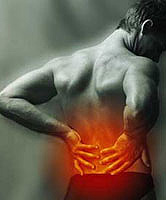 At the 1st stage, a hospital patient
prescribe medication, food and medical correction
physical education, which are determined individually taking into account features
diseases and, above all, the severity of the heart. In connection with
streptococcal nature rheumatism treatment is carried out with penicillin.
Antirheumatic therapy provides one of the non-steroidal
anti-inflammatory drugs, which is administered in isolation
or in combination with hormones, depending on indications.

Nonsteroidal
anti-inflammatory drugs used for at least 1-1,5 months
to eliminate the signs of activity. Prednisolone in initial
dose administered for 10-14 days to obtain the effect, then
reduce the daily dose of 2.5 mg every 5-7 days under controlled
clinical and laboratory parameters, in subsequent drug overturned.

duration
treatment of quinoline drugs for rheumatism is from
several months to 1-2 years or more, depending on the flow
disease.

In the hospital also carried out the removal of
chronic foci of infection, in particular, the removal of the tonsils,
carried through 2-2.5 months after the onset of the disease in the absence of
signs of activity.

The main objective in the second stage
It is to achieve a complete remission and functional recovery
capacity of the cardiovascular system. The resort continues begun
hospital treatment, cure chronic infection, exercise
the appropriate health and fitness regime with differentiated
physical activity, physical therapy, tempering
procedures.

The third stage of the complex therapy of rheumatism
It provides for the prevention of recurrence and progression. To this end
use drugs prolonged action of penicillin, mainly
bicillin 5, the first administration is carried out in the period
patient treatment, and subsequently - 1 times in 2-4 weeks
year-round. Regularly, 2 times a year, on an outpatient basis
examination, including laboratory and instrumental techniques;
prescribe the necessary corrective measures, medical
physical education. Children who have had rheumatic heart disease, the presence of the valve
bitsillinoprofilaktiku heart defect is performed before the age of 21
year or more. In rheumatoid arthritis without involving bitsillinoprofilaktiku heart
carried out for 5 years after the last attack. In spring and autumn
period, together with the introduction of bitsillina shows month course of non-steroidal
anti-inflammatory drugs.

Prevention of rheumatic fever is divided into primary and secondary.


Primary prevention is aimed at the prevention of rheumatism, and includes:

Secondary prevention is aimed at preventing
relapse and progression of disease in patients with rheumatic
terms of follow-up.

At the moment when time begun treatment of the primary lesion
heart recovery ends. Formation of valvular
heart, frequently with the development of mitral regurgitation determined in
15-18% of cases at the first attack, especially in severe, protracted
or latent disease course.