Toxic shock syndrome (STS) is caused by staphylococcal infection, which can quickly progress, leading to the development of severe, non-treatment of a shock state, mortality at which is from 8 to 15%.


According to international requirements, each manufacturer of tampons in the instructions for their use must prevent the consumer about the possibility of toxic shock syndrome (STS). Fortunately, this disease is manifested very rarely, but it may be a danger to life.

Age when there is a toxic shock syndrome

Most often, toxic shock syndrome occurs in women aged from 15 to 30 years, using tampons during menstruation. It should be noted that the existence of a direct connection between the disease and the use of tampons is not proven, but nevertheless most of the doctors in their professional observations come precisely to such an opinion. However, there were cases that the toxic shock syndrome developed in women using vaginal contraceptives: caps, spermicid sponges, diaphragms. 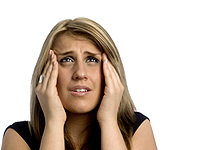 Typically, toxic shock syndrome begins in the same way as a typical form of flu, but in the future the course of the disease becomes extremely difficult. Development of syndrome provoke bacteria strains Staphylococcus aureus producing toxins. They are «inhabit» mucous mouth, nose, vagina, skin, but in quantities that are not life-threatening. In addition, most people in the body have antibodies that neutralize the poisoning effect of toxins. According to the doctors, almost every person, regardless of gender and age, at least once for their life is exposed to their impact. If, due to some reasons, the number of Staphylococcus aureus increases, they begin to produce an increased dose of toxin, which penetrates into the blood, which leads to the development of infection. The situation can very much to aggravate various kinds of injury of mucous membranes and walls of the vagina: microcracks, irritation, scratches and so on.

The main symptoms of toxic shock syndrome are high temperature - up to 40°, chills, vomiting, dizziness, muscle spasms, cramps, sharp drop in blood pressure, blurred consciousness, rash on palms and soles. Unfortunately, many victims take these signs for influenza and begin to take measures to treat. The main difference of toxic shock syndrome from influenza is that symptoms of syndrome develop more rapidly, so too sharp temperature rise or suddenly rolled nausea should cause serious concern. First of all, it is necessary to extract the tampon and urgently ask for help. In most cases, the success of treatment depends mainly on how timely a toxic shock syndrome was diagnosed.

If a woman enjoys vaginal contraceptives, it is impossible to remove that independently, you should immediately call an ambulance and put a doctor notifying the use of these prevention facilities.

Treatment of syndrome is carried out exclusively in the hospital, where antibacterial drugs and solutions derived toxins from the body are injected intravenously. Patients who were diagnosed with toxic shock syndrome, in no case after recovery to use tampons and vaginal contraceptives without prior consultation with the attending physician and gynecologist. Ideally, these ladies are generally contraindicated by the use of this means of menstrual hygiene.

To prevent toxic shock syndrome, some simple rules should be followed.

Firstly, from time to time to give vagina «rest» from tampons using only hygienic gaskets during each third menstruation;

Secondly, Even in the period of one menstruation, it is alternating different means of hygiene: in the afternoon to use tampon, at night – Gaskets.

Thirdly, change the tampon no later than four hours after the introduction, even if it was impregnated completely;

Fourth, Always use tampons, the level of absorption of which corresponds to the abundance of secretions.

Fifth, If the degree of absorbity of the tampon corresponds to the number of secretions, but there is no disco, irritation, if its extraction occurs difficult, then it is better to use slightly absorption tampons.