The common form of heersiniosis in most cases begins acutely, and manifests itself with chills, dizziness, weakness and decline in appetite. The pain in the stomach is localized in the sample region, sometimes accompanied by nausea.

The concept of generalized form of Iersiniosis

Septic, or generalized (common) form of heersiniosis begins acutely, in some cases gradually. The most frequent early manifestations of the disease are the cognition or chills, headache, dizziness, pain when moving eyeballs, weakness, decreased appetite, lubrication in muscles, fever in combination with inflammatory phenomena of the upper respiratory tract (sore throat, nasal congestion, dry cough). 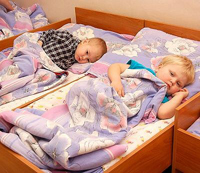 A few days later (sometimes from the 1st day) there are pains in the above-fevering region or around the navel, sometimes in the right hypochondrium and nausea. Half of the sick chair is read up to 2-3 times a day, casket feces or liquid, without impurities. Characteristic symptoms of Iraciniosis is a disgust for food, an unpleasant taste, bitterness and dry mouth, loss of taste sensations. The midst of the disease is usually coming to the 3-4th day of illness, sometimes later. Temperature can rise to 39-40 °C, repeated octvinations, the headache and other symptoms of intoxication are enhanced. Temperature curve is most often wave, less frequent.

The duration of the feverish period varies widely - from 2 days to 7 months., Most patients do not exceed 2 weeks. One of the most frequent symptoms with the common form of Iersiniosis is a rash. Most often, rash on the skin appear on the 2-3rd day from the beginning of the disease, but are possible in time from several hours before the end of the 2nd week. They are located on the chest, abdomen, back, hands and legs, characteristic of the localization of the rash on the palms and soles, while the patients feel burning (sometimes independent of the availability of rash), edema and leather redness occur). Often, rashes are localized on the face, they can be grouped around the knee, elbow, ankle, shoulder joints. Almost half of the patients marked light souries. By character, rash is most often small, less often finely and large. The duration of the rash period is most often 1-4 days, but rash can be saved within 1-2 weeks. Possible plugs on different terms of the disease, and the character and localization of the rash every time may be different. From the 12th and 15th day of the disease, the peeling of the fingertips of the fingers and legs is commonly begins or a seven-party peeling of the skin of the face, hips, shoulders.

The second frequency of the symptom is the defeat of the joints. Usually, arthralgia is developing on the 3-4th day, it began the disease, sometimes in 2-4 weeks. Bridge, shoulder, ankle, beam, interphalangeal joints are affected. Pains arise in several joints immediately. The intensity of the articular pain from weak to moderate, durable from several days to 1-2 months. Arthritis, especially small joints, appear different intensity of pain in the muscles of the back, legs, neck, in the heels and soles when walking.

The overwhelming majority of patients from the 3-6th day of the disease increases the liver, less often spleen.

Sometimes patients note cutting and pain in urination, which becomes rapidly. In the midst of the disease it is possible to deteriorate due to the development of iridocyclitis. Various vegetative disorders are characterized: strong sweating, feeling of heat, cooling hands and feet, paresthesia, blood pressure variability and pulse frequency, dizziness. And all these symptoms usually occur at the beginning of the recovery stage. Some patients are losing weight to 5-10 kg even with a short course of illness. The period of recovery is long, the asthenia, weakness, reduction of working capacity, vegetation dystonia, sleep disorders, joint pain, muscles, heart disease.

Septic version of the generalized form of heersiniosis

In some cases, there is a septic version of the common form of heersiniosis. It is usually developing in persons with various concomitant diseases (diabetes mellitus, cirrhosis, tuberculosis, chronic alcoholism, blood diseases, endocrinopathies) and immunodeficiency states (congenital or acquired). Characterized by severe, long-term acyclic flow with high (40 °From and above) fever, pronounced intoxication, stunning chills, profuse sweats, increased liver and spleen, jaundice, strong stomach pain. Mortality in these variants of the flow of Iraciniosis reaches, despite antibiotic treatment, high numbers. In favorable cases, recovery comes very slowly.