ADHD (deficit deficit syndrome with hyperactivity) is manifested by violation of attention and increased motor activity. The child is worn as a started and ready in the morning to play the moving games. It is filled with energy, but this energy is very difficult to send to study due to the problem with attention.

It is difficult for child to focus, he is constantly distracted by other more interesting things, any occupation rapidly boring and seems to be routine and boring. Speech in a child with ADHD is fast, he constantly jumps from the topic on the topic, says, choking. In kindergarten such guys scattered and inattentive, houses - spontaneous and unmanaged. 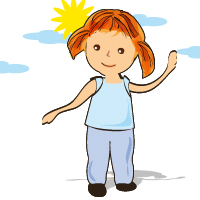 Difficulties begin with school age when the child has to go beyond the desk and receive new knowledge. Children with ADHD begin to really suffer - it is difficult for them to sit out the whole lesson motionless, I want to stand up and run around the class, the lesson seems boring, homework seems impracticable. And if the teacher does not understand what happens to the child and will not show patience and attentiveness, the child is waiting for the flow of complaints and in the worst case - the stamp is ill. At the same time, children with disorder of attention can have a very high intelligence and being gifted (the latter is often combined with attention disorder).

Transfer signs of ADHD manifest themselves in preschool age and, as a rule, pass in adolescence (but the percentage of 30-syndrome remains for life). The diagnosis can be delivered no earlier than 6 years.

The problem is not only that the children are excessively scattered, impulsive and badly learn. Such children can throw their studies in high schools, experience difficulties with social adaptation, with difficulty converge with other people, not to fulfill promises, and even suffer from addiction to psychoactive substances. 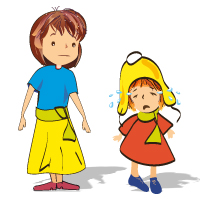 What is the difference between normal activity and ADHD?

Active children behave differently, depending on the place and environment: at home they can play noisy, at the doctor's reception to manifest alertness and visibility. Active children can stop if the game is tired and want to sleep. Children with ADD can not stop, they will play until they start crying or tools from fatigue. Such children behave everywhere equally: noisy, movable, quickly and many say, swallowing letters, ask questions and do not listen to the answers, but no answers are not needed - while he asked, a few more thoughts arose in his head and the subject of the question is already forgotten. From the part it seems that such a child lives at a huge speed - as if rushes on a high-speed car with refusing brakes. There is a share of truth.

In children with ADHD, there are no discarded problems with a dream - a child transported during the day cannot relax and fall asleep in the evening, may wake up several times during the night and after a long time to spin in bed. In the morning, such children cannot wake up and spend the first half of the day in a sleepy state.

What to do if your child is hyperactive? It does not necessarily have ADHD, there are very mobile children who have no problems with the concentration of attention. Manifestations similar to SDGV are in children in a state of stress. Watch the child for six months - if there is no change in behavior, that is, the reason to appeal to the children's psychologist. The main thing, manifest the maximum of patience and understanding, do not lower your hands. To date, there are correction techniques and a lot of exercises have been developed to train and amplifying.

Sooner or later, parents of hyperactive children are trying to choose them soothing. The task is not simple - currently the choice is great. We recommend paying attention to children's drugs - they are created specifically for children. For example, «Tenothen childrens» - Soft and efficient means that does not cause drowsiness or inhibition. «Tenothen» improves the process of memorization and training, for this reason the pediatricians often write it down to schoolchildren.