What is dangerous cystitis?

According to statistics, inflammation of the mucous membrane of the bladder - cystitis more often affects women than men. The main reason for this in the various structure of the genitourinary system. Why does it arise and what is dangerous cystitis? 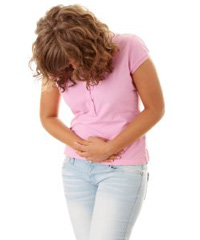 According to statistics, the inflammation of the mucous membrane of the bladder – cystitis more often amazes women than men. The main reason for this in the various structure of the genitourinary system. Urethra (urethra) in women are wider and short, so more often infected. Also cystitis in women arises against the background of hormonal oscillations (pregnancy, menstruation, menopause). Male cystitis is usually a secondary phenomenon and arises against the background of the disease of the prostate gland.

Cystitis, as a consequence of immunity reduction

In a healthy person, the bladder is quite reliably protected by mucus, preventing the development of microorganisms inside.

What provokes internal protection mechanism failure? The answer is simple: reducing immunity. The root cause for acute cystitis is infection, rapidly developing when weakening protective forces. The infection penetrates into the bladder from the exterior genital organs and the rectum (upward way), from the kidneys (downward path), with a current of lymphs from uterus and appendages (lymphogenic).

What is the reason for the development of cystitis?

Distinguish sharp and chronic cystitis. Acute cystitis is most often evolving due to hitting in the bladder of intestinal sticks (E. coli). Due to neglect of personal hygiene rules, the intestinal stick from the rectum falls into the urethra, causing inflammation. So be sure to wash the genitals in the direction from the urethra to the rectum, and not the opposite.

The causes of cystitis may also be vaginal infections: mycoplasma, ureaplasm or chlamydia. According to the latest medical research, these infections are detected in each third patient and can cause not only the chronic form of cystitis, but also to lead to inflammatory diseases of the uterus and appendages, such as endometrite, salpingo-phorite.

Special attention to the state of the bladder should be given to women during menopause. During this period of global hormonal restructuring, against the background of estrogen deficit, thinning (atrophy) of the mucous membrane, the urethra and the bladder cervix, is developing, the barrier properties of the epithelium are reduced, which contributes to the development of pathogenic bacteria. Such a situation is observed in people with diabetes.

Cystitis exists in a few hours after infection. There is a frequent painful urination (thread). In some cases, the frequency of urges to emptying the bladder reaches 50–70 times a day, while portions of urine are insignificant. Watering is purre, bleeding is possible. The body temperature remains normal, which is why many take the initial stage of the disease for easy malaise and miss the moment of timely visits to the doctor.

In the case when the temperature rises to 38°C and higher, most likely, will need urgent hospitalization to avoid a more severe disease — Pyelonephritis (kidney inflammation).

If it does not start the integrated treatment of pyelonephritis in time, then an acute renal failure can develop.

Before contacting the urologist, many patients use traditional medicine methods that can give a good effect, but only in complex treatment and under the control of the doctor. Incorrect treatment of cystitis can lead to serious complications, as this disease — Chronic.

Complex and rational therapy of cystitis is always thoroughly and individually planned, includes the use of antibacterial therapy, immunomodulators, phytotherapy, a special diet is appointed.

For the prevention of cystitis, urology doctors are recommended to monitor the general health of health, eat, eat fresh vegetables, fruits, take vitamin complexes and often be in the fresh air. But during walks, try to dress on the weather, try not to sharpen, keep your feet in warm.