disease
by admin
Fishing - ancient and beloved by many occupation,rest for weary soul of the city ... and catch a fish is much tastier than the purchase. However, processing their catch, distributing some fish will fit in the ear, which - in the frying pan, and some - jerk, think about ... opistorhoze.

Opisthorchiasis - very common in ourcountry and a very dangerous parasitosis, infection which occurs precisely through the fish. It called it flatworms, called feline fluke, and is known since the 19th century. It biogelmintoz, that is sick it is not only people but also animals.

Information on the exciter 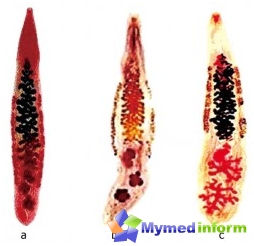 Cat or Siberian fluke - a smallflatworm, ovate-oblong to 2 cm in length, has two suction cups (at the head end and the belly), by which the parasite attaches itself inside the host organism and is powered. Life expectancy - 20 years.

Opistorhisov has a complex life cycle, during which repeatedly changes his "place of residence".

Caught in the water, on the bottom of the reservoir fluke eggsswallowed freshwater molluscs of the genus Bithyniidae snails. In the body of snails hatched larva feeds and grows about two months, then it leaves the snail and introduced into the body of the fish from the carp family. The subcutaneous fat and muscle of fish larva undergoes changes, it formed a sucker, and 1.5 months, it becomes capable of infecting the main host. The main role of the host stand fish-eating animals (cat, fox, raccoon, foxes, and so on. D.) And, of course, people. There the larvae undergo changes once again become the final adult form, begin to multiply and cause disease - opistorhoz. 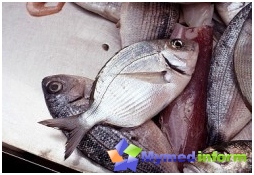 The continued presence of the parasite leads tochronic inflammation of the liver, the pancreas, the destruction and blockage of the ducts of these organs. Especially suffered liver. First defeat is in the nature of chronic hepatitis B, then in the organ grows connective tissue and eventually formed cirrhosis. This is an irreversible process.

In the bile ducts as a result of destructivethe action of parasites, fibrosis is also actively forming, epithelial cells are in a state of constant proliferation (reproduction), trying to patch the holes “eaten up” by opisthorchia. Continuous proliferation is the first step in the development of liver cancer (cholangiocarcinoma). Therefore, this parasitosis is recognized as oncogenic.

Another complication opisthorchiasis - joining infection extra- and intrahepatic biliary tract until the development of suppurative cholangitis.

In clinical doctor may suspectif the patient opisthorchiasis. To confirm the diagnosis to be detected in the analysis of bile (after duodenal intubation) or fecal egg Opisthorchis. You may need to repeat the study, since the selection of eggs adult worms is impermanent, and shall begin no earlier than one month after infection.

Perhaps the identification of parasite DNA in feces by PCR (polymerase chain reaction).

Detection of antibodies in the blood is auxiliary.

The main and most common drugagainst feline fluke - praziquantel or biltricid. In its application may develop side effects, so opisthorchiasis treatment is best done in a hospital. Doses are strictly individual.

How to avoid infection opisthorchiasis? 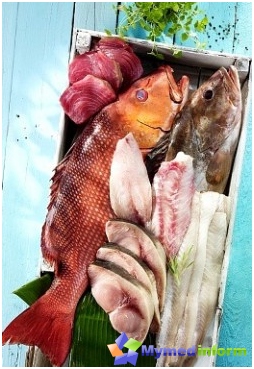 Opisthorchiasis infection occurs whenthe use of unroasted, quickly boiled and lightly salted fish, mainly of carp species (carp, carp, bream, tench, roach, rudd, gudgeon, ide, chub, asp, bleak, minnow, etc.). As well as planing. In this regard, the use of sushi and rolls with thermally unprocessed fish is dangerous.

Located in the muscles of fish larvae catFluke is quite resistant to adverse environmental effects. For example, they are saved to a month, and are killed by boiling no earlier than 20 minutes in a household freezer (-15 ° C).

Therefore, cooking and frying fish should be at least 20 minutes, and the fish pie - hour.

Jerk fish only after two weeks of salting (dry fish before you can soak to remove excess salt).

For cutting fish should be given a separatecutting board, knife, and for bathing them - a separate sponge. You can not handle the fish on the dinner table, "fish hands" to take the clean dishes, cutlery, food.

Important question: If one person in the family gets sick opisthorchiasis, whether from his other family members become infected?

Answer: no, can not, as before becoming dangerous for the human parasite has to undergo a series of metamorphoses in intermediate hosts (snails, fish).

Widely distributed in the Urals, the Volga region,Kazakhstan, Siberia, especially the basins of the Ob and Irtysh. In Thailand, India, Sri Lanka, often found another kind Opisthorchis causing similar clinical manifestations - viverrids fluke, the defeat of the adult population, for example, Thailand - up to 80%.