What happens when calculous cholecystitis 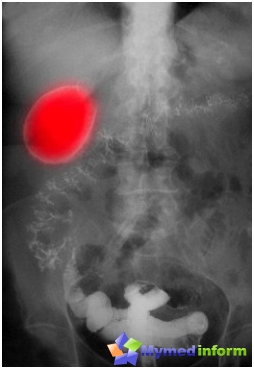 At first, sand appears in the gallbladder,which crystallizes over time, and the formed crystals fall into the gallbladder. Over time, stones that can clog the bile ducts begin to grow around these crystals. The result of this process will be severe pain during urination, and sometimes even stagnation of bile in the body. Because of the stones, the gallbladder begins to cope poorly with its functions and, over time, generally ceases to accumulate bile. Calculous cholecystitis leads to a violation of the outflow of bile, as a result of which the walls of the gallbladder are stretched, which causes severe pain. 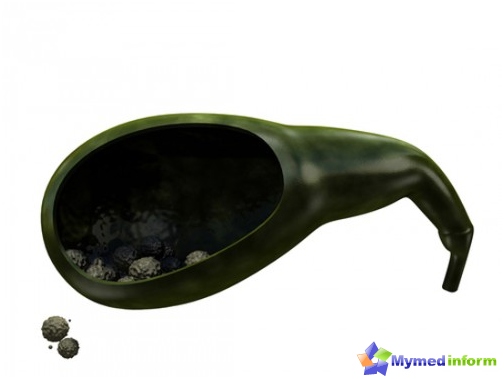 If cholecystitis began to manifest itself, it is worthconduct prompt treatment because inflammation of the gall bladder can affect adjacent organs (eg, stomach, pancreas, duodenum) and then we will need more long-term and expensive treatment. Moreover, no one need an extra operation, especially if it can be avoided.

What can cause a calculous cholecystitis

The formation of gallstones is affected by two factors. These factors include the stagnation of bile in the bladder and an increased concentration of bile salts, which is caused by the violation of metabolism. Calculous cholecystitis may appear as a result of:

Therefore, to avoid such unpleasantdisease as a calculous cholecystitis, better care of health and follow the way of his life. In any case, health useful diet, sports, no bad habits, stress and so on.

What symptoms indicate the occurrence of calculous cholecystitis

Calculous cholecystitis can manifest itself in twoforms - acute and chronic. Man is not able to feel the presence of stones in the hidden calculous cholecystitis, until the stones lie on the bottom of the gallbladder. But when these tumors begin to move slowly to the duct at which the flow of bile, that's when there is a feeling of heaviness in the right upper quadrant, the bitterness in the mouth, reminiscent of heartburn, as well as the patient often sick and tormented by severe regurgitation. At this stage of the disease the best treatment of calculous cholecystitis - a diet and diet. Of course, only such actions to get rid of cholecystitis is impossible, but you can significantly relieve the symptoms and, consequently, health.

When calculous cholecystitis reachesacute stage, then the person has a hepatic colic, characterized by attacks of a sharp and intense pain at the top of the stomach, more in the right side of the hypochondrium. Sometimes this pain is able to give in the shoulder, scapular and lumbar area. Usually, the pain increases after ingestion of fatty foods as well as alcohol. Running, brisk walking or other physical activities are also able to trigger the appearance of pain. If the previous, milder symptoms were missed by attention, these symptoms require it urgently. It is possible that in this case you will need emergency surgery, so it is necessary to be attentive to him and listen to your body.

For the correct diagnosis decisioncholecystitis our site recommends that you contact a qualified technician who not only take attention to the symptoms appeared, but also hold a series of further studies to confirm the theory of calculous cholecystitis. To determine calculous cholecystitis in a patient performed anamnesis, clinical, radiological and ultrasound studies. In some cases, when cholecystitis is difficult to determine with the help of the above methods doctors may resort to tomography, and holetsistografii fibrogastroduodenoscopy.

Calculous cholecystitis need to correctly distinguishacalculous from cholecystitis, dyskinesia of the gallbladder and its ducts, gall bladder cancer, stomach ulcer, hernia of esophageal opening of the diaphragm, appendicitis when properly placed spikes. All of these diseases have similar symptoms, so do not delay the visit to the doctor and passing all assigned tests. 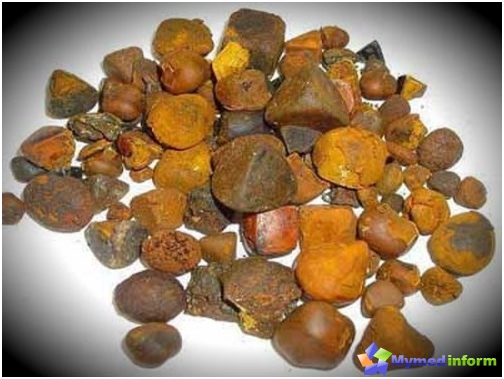 When a patient has acute cholecystitis,then self-healing is out of the question. Symptoms of this form of the disease serve as a beacon for urgent hospitalization in surgery. If we neglect such a serious condition, then the consequences may not be comforting, since advanced cholecystitis usually leads to a large number of surgical interventions and a long rehabilitation period. There are cases when an acute attack of cholecystitis goes away on its own, as a result of which the patient does not go to the doctor. But with such actions, the worst thing is that in the next acute attack, calculous cholecystitis will not leave its owner alone, and the latter requires an emergency operation. Sometimes, prolonged treatment may result in kidney loss or severe inflammation of nearby organs.

As a rule, ineffective treatment of calculous cholecystitis treatment is carried out in two ways:

At an early stage of calculous cholecystitis acute form can be cured folk remedies. The most effective treatments are: As a rule, the patient's history withcalculous cholecystitis is based on clinical diagnosis heightened cholecystitis, as well as the complaints of the patient and his health. Usually the patient has periodic sharp pain in his side, he feels fatigue and decreased performance, aching pain in the joints and bones of the hands and feet, back.

When the patient is inupright position, then cholecystitis is manifested by swelling of the legs. When urinating, stroller-cutting pains appear, in addition, such a phenomenon is frequent. Potency is lost, insomnia appears, headaches, dizziness.

But every human body is able torespond to diseases, including cholecystitis, by - differently, so that such symptoms may not all patients suffering from calculouse cholecystitis.

Prevention is better than cure

To prevent cholecystitis need to starteliminate or weaken the effect of the factors that lead to the formation of gallstones. This will help low-fat vegetable diet, restriction of excessive loads, both physical and emotional. Weight loss also helps to improve the overall health and reduces the risk of gallstones.