Home>hepatology>Nature gallstones and the consequences of their education

Nature gallstones and the consequences of their education

Bolzeni gallbladder known since ancient timesand, unfortunately, the number of patients suffering from gallstone disease increases with the development of civilization. Every year in the surgical hospitals fall tysyatsi people with acute exacerbations of chronic cholecystitis.


The stones or calculi, are verydense formations that appear as a result of loss of salts from the liquid in the cavity of the gall bladder. In 1341 a large green stone was first described in embalming corpses illustrious Italians, found dead in the gallbladder. Later, in the XVII century, the Swiss anatomist, botanist and physiologist Albrecht Haller proposed a classification for which all the stones divided into large egg-shaped, consisting of "tasteless yellowish substance that melts when warming up, like sealing wax, and is able to burn" and smaller , dark-colored. So, trying stones taste Haller proposed simplified classification, which are still distinguishing between the stones according to their composition: cholesterol and pigment.

The composition and shape of the stones. Terms of stone formation 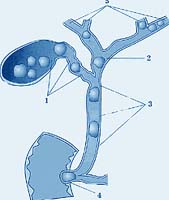 Much later, the researchers found that the majorityof the stones is descended from cholesterol crystals contained in the bile. The crystals tend to agglomerate and bind to other substances, particularly calcium. The gall bladder stones are more common round shape in the common bile duct - ellipsoid or oblong, during the intrahepatic ducts - branched. Stones may have different strength - from very strong to brittle, crumbling at the touch of a finger. There are soft and soaked in bile formation consistency of clay or putty. The surface of the stones can be a smooth, polished and covered with cracks and spikes.

Gallstones are small, like sand, butsometimes grow larger than a ping-pong table. Number of gallstones can vary from one to several hundred. By the number of accumulated stone radioactive substances, like the annual rings of wood, scientists can calculate how fast the stone increases. So that the stone has grown from a grain of sand to 1 cm, must be at least six months.

Can we do nothing, or with stones they posethe danger? This question bothers everyone "kamnenositelya". Alas, do not pay attention to them will not work. Every year thousands of people go to the surgery to remove the gall bladder, and more patients suffering from certain diseases of the body. And doctors say about kamnenositelstve when the gallbladder has stones that are "silent" for a time, but can at any time to speak in the language of pain. Or even to scream, or rather you do it for them, if one never knows, do you happen to biliary colic. This happens when the stones are located in the bile ducts, which provokes a severe attack of nausea, vomiting, and characterized by a sharp pain in the right upper quadrant or in the upper abdomen. 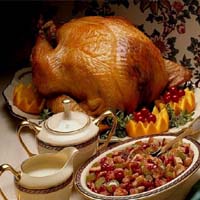 If the stone (at relatively small sizes)Can not escape the bile duct and duodenum in the fall - an attack on their own stops or stopped by, as the doctors say. Otherwise there is a blockage of the bile ducts, against which develops inflammation of the gallbladder - acute cholecystitis. This condition is life-threatening and often requires immediate hospitalization in a surgical ward. Inflammation of the gallbladder in cholelithiasis can also occur suddenly and are not rapidly, but slowly and gradually - if diagnosed with chronic cholecystitis.

If disturbed motor function of the gallbladder and bile ducts (in the absence of organic changes) developed biliary dyskinesia. The main manifestation of dyskinesia - periodic pain in the right upper abdomen (right upper quadrant), the nature of which may vary depending on the form of the disease. By itself, biliary dyskinesia considered a disease is not very dangerous, but it can have very bad consequences. If the bile ducts become inflamed, then develops a terrible complication - cholangitis. The most dangerous outcome of gallstone disease may be cancer of the gallbladder that develops against the backdrop of a long chronic inflammation.

Is everyone without exception threaten these misfortunes? God created the first man, in all probability, still hoped that his work will live on in the garden and eat organic food. What came of it - we know well. What we eat and what we drink - comments too. In addition to an unbalanced diet and poor ecology, there are other prerequisites for the emergence of gallstones. Check to see if you are at risk.