we use today, the term "plague" fordefinition of something terrible. On the history and superstitions associated with this disease, as well as how you can catch the plague and to recover from it, read this article. 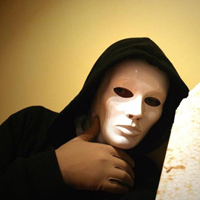 The plague known to mankind since ancient times,when the disease took away millions of lives, and because of the weak development of medicine was virtually synonymous with death. One of the first known epidemic of plague broke out in 551 AD the Middle East, and lasted almost 30 years. It claimed 20 million lives.

In 1090 the disease has touched and Russia. For a week from it killed more than 10 thousand people in one Kiev. Less violent epidemic that came from Poland and Western European countries, touched on the territory of modern Russia in the XIII, XIV and XVIII centuries.

One of the most terrible epidemics of the pastMillennium broke out in Europe in 1348. According to rumors, it was brought from China. It is "wiped out" 15 million people, thus reducing the population of the European part of the continent for a quarter.

Since the medicine was powerless against the plague, shegave almost diabolical. The disease was seen as the work of the impure, how can God's punishment that came down to the sinful Europe. Not surprisingly, the methods of dealing with the plague were appropriate. In Islamic countries, the only deliverance from the plague was considered a prayer and strict performance of religious rites and Catholic my panacea for the disease offered the Holy Inquisition. Each new infection case became a pretext for a witch hunt.

Also people suffering from champions of holiness andanimals. The main culprits of infection declared cats - they say they are servants of the devil and must be exterminated. However, it is not saved. After the cat disappeared from cities and their filled rats that carried the disease even faster.

Now the main reason for large-scale epidemicsconsidered dreadful unsanitary conditions that prevailed in European cities. However, whereas the importance of hygiene was not appreciated, and people seldom deliberately tried to wash and clean their houses, because they were afraid that the disease is spreading with water. According to historians, even the most noble Parisians are known for their love of aesthetics months used exclusively spirits and aromatic oil to hide his immorality.

How is the infection of the plague


Plague bacteria live and multiply in the coolmoist environment and can remain in it for many years. Humans can be infected with plague through the respiratory tract after eating contaminated food, or from an insect bite (mostly fleas). The most common carriers of the disease become small rodents, including mice and rats voles and hares and foxes.

Proceeds plague is extremely difficult, painful andunpleasant symptoms, although quite quickly. The most frequent manifestation of the plague - strong purulent inflammation of the lymph nodes (in the groin, neck and armpits), fever, the second stage of the disease - lung damage and strong bloody cough. The patient begins muscle aches, dizziness, confused consciousness, sometimes there are hallucinations. The average period of the disease - about a week, after which the patient died without treatment.


Until the twentieth century, the plague is not treated. The only therapy was cut so-called buboes (purulent blisters around the lymph nodes), and a means of limiting the epidemic - quarantine. In the early twentieth century Russian scientist Vladimir Khavkin opened the world's first vaccine against plague, but the disease causative strains there is a lot of that to develop antibodies against each of them is not possible.

Therefore, the disease is treated now withantibiotics: the intensity and efficiency of the treatment depends on how it is started early. Despite the fact that the vast plague in the past, from her die each year up to 2500 people, which is about 5-7% of all infected. Periodic outbreaks recorded in Asia, Africa and South America. The Russian infections plague not recorded since 1979.