Home>Narcology>Antibodies and treatment of alcoholism

Antibodies and treatment of alcoholism

Alcoholism is not in vain considered to be one of the mainRussian problems. Annually from this addiction killed millions of people. It is no accident that it is in our country is developing new approaches to the treatment of alcoholism. Immunology Advances introduced by Russian scientists in innovative drugs Proproten-100, which is working on the basis of antibodies (in midget doses), reduces the craving for alcohol and the likelihood of recurrence of heavy drinking. 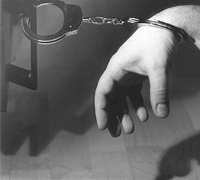 Recently encountered in presspublication, in which scientists from around the world talk about the regulatory role of the antibodies. It is believed that the antibody can affect almost every system, regulating their operation. Similarly, it is not yet proven, but work in this direction are under way. It is thanks to this work of scientists and the development of new medicines.

One of the drugs based on antibodies working(In midget doses) is positioned as a means of exhibiting anti-alcoholic action. We are talking about the Russian medicines - Proproten 100. The developers of the drug say that Proproten-100 reduces the craving for alcohol and the likelihood of recurrence of heavy drinking. Also, this tool is used for treatment of withdrawal syndrome (hangover in other words) mild to moderate severity. Heavy hangover requires a whole range of measures for detoxification, and one drug is not enough.

This begs the question, how Proproten 100It reduces the craving for alcohol? The manual says that the drug consists of an antibody to a specific protein responsible for information and metabolic processes in the brain. Through these antibody drug has an effect on the functional state of the brain structures responsible for the formation of attachments (eg, alcohol abuse). This changes the functional state of neurons in the hypothalamus (the pleasure center) and the hippocampus (this structure is involved in the mechanism of emotion). Due to the complex biochemical reactions drug may reduce the consumption of alcohol.

The developers of the drug is recommended to starttreatment to choose the so-called light period - when a person is sober. At this point it needs to be getting rid of the hangover symptoms (which can be achieved with a new portion of alcohol). Proproten-100 reduces the severity of a hangover, and due to it no longer needed the alcohol to "improve their health." For the prevention of recurrence of binge encouraged to take Proproten 100 for 2-3 months. After the accidental use of alcohol is recommended to additionally take 2 tablets before going to bed, and 2 tablets in the morning.

Of course, this is a serious problem, as thealcoholism, some tablets can not be cured. Important human spirit, his determination to overcome addiction to alcohol. Equally important is the support of loved ones - understanding and inflexibility in the pursuit of a healthy lifestyle. Some people believe that alcoholism is incurable - the alcoholic can not be corrected even compulsory treatment. However, there are real examples where people have won their addiction same force of will, without resorting to drugs or the services of medical centers (coding and other techniques). Human nature is such that sometimes the impossible becomes possible. If we follow this logic, alcoholism can be overcome.