Over the last couple of decades to the long listHuman dependency added another one - dependence on the Internet. Why is the World Wide Web because we delayed? Why do we sometimes can not break away from the monitor? The answers you will find in this article.


In the days of our great-great-great-grandfathers fashionablebelieved to sit on opium. In our time - it is fashionable to sit on the Internet. What do you ask? Scientists believe the differences between these passions are not so many. 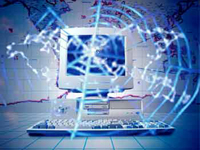 Needless to say, the Internet - a thing easy, pleasantand useful. And you can relax and make and meet new interesting people, and even virtual sex on their security level has no analogues! Such an Dolce Vita for a modest fee. And on the Internet, you can post your work order tickets, choose equipment, buy things, sell unnecessary to consult with your doctor, and even marry. Why for some it is - the norm and bonuses from the authorities, but for others - a serious reason to make an appointment with a therapist? Is devil as he is painted?

In fact, psychiatrists have long shown everything that is notprevent us from being productive members of society, does not violate the law and ethics - is the norm, but if we suffer from habits or our environment - is a problem. Remember the old anecdote? "The patient, if you suffer distortions?" "Well, you, doctor! I enjoy them. " However, as the practice of medicine, if a person has a problem, he enjoys them up to a certain limit, and then - all the direct road to the clinic.

If you have internet access, a favorite work favoritefriends, loved one, favorite hobby, and you always have time, and then to your health! Another thing, if you have nobody but yourself and the Internet. True, there are skeptics who say that the Internet is already a real factor in public health, but we will not be categorical. In the end, the people - it is a set of individuals, each with a particular attitude towards virtual reality.


Entangled in the web 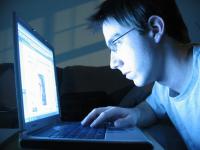 Ms. Kimberly S. Young, well-known psychiatrist and generally ambiguous personality, states that Internet addiction affects one in ten American web users. From Internet addiction affects even those who are not in any way connected to the internet, but have to live next to the Internet addicted person: his relatives, family, colleagues, employers, social environment and himself, although, again, as in the joke ... Misuse of the Internet leads to social isolation, increasing depression, family breakdown, failure at school, financial distress and loss of work. In this sense, the Internet-dependent addict the same, only with less noticeable damage to physical health. But more on that later.

Young identifies five major subtypes diagnosis"Internet addiction." This dependence on cybersex, virtual dating, addicted to online exchange trading and gambling, compulsive surfing and video game addiction. She also claims that the disease is often a result of drug or alcohol addiction, or vice versa, this dependence follows the addiction to the Internet. With the separation of the types we accept (add to this relatively new - shopogolizm the Internet), but the second, let me put in doubt. Most likely, there is some correlation, but especially in the way that the dependent person in the first place depend on dependencies: drugs, alcohol, TV, sex or passion for collecting - even the most harmless things can be built in the absolute. We will not say that drugs are harmless - at all! - But many people smoke tobacco, drink alcohol and have sex, being in normal limits.

In all honesty, there are few people whoat least once not start a virtual romance. It is exciting, romantic and, in general, it is safe. Complete anonymity and freedom. On the other hand, are novel and in many cases lead to razvirtualizatsii partners and communication network is either one of the pair of members is another more partner material - in general, sooner or later becomes the actual virtual love. On the one hand. However, sometimes people flirt virtual love, and it becomes an end in itself. Crumbling real relations, virtual sex becomes the main and the only type of sexual activity, partner change, but the pleasure is no longer brings a return to the live communication people can not. And this is the problem!

Another aspect is related to the possibility of cybersexanonymously to implement the network part of the fantasies that a normal society, to put it mildly, are not welcome. For some, such desires are only implemented in a network with other networks begin. When we say that network corrupts - it sounds like an idiot. If a person has never taken any possibility of sex with children, animals, bananas and all that nonsense, that the bulk brewing on the Internet, it is unlikely they will appreciate, the more will rush to sell. On the other hand, if they desire it were subconsciously, the Internet nothing to do with. With the same success can be blamed, for example, the TV in the promotion of violence, pedophilia and tobacco. Another thing is that, finding their sexual "I" on the Internet, a person is able to seriously get hooked on the Internet. Internet - a consequence, but the cause is not the Internet.

Similarly, addicted to virtual dating- A consequence of the inability or the inability to tie a real communication, addicted to games, game obsession on tenders and auctions and passion to information - is the inability or desire to take the real world, an escape from reality and an inability to build their lives. Another thing that the internet allows you to not even try to solve the existing problems, easily adjusting to you.

It is not surprising that some fall into the trapalternate reality, moving away from the real world. As well as any dependent society is not welcome, the man is forced to downplay or deny their addiction, lie, spend money to shirk work, up to the criminal action. Webplanet citing Reuters described the case when a teenager from the Chinese province of Guangdong killed his mother and seriously injured his father after the parents refused to give him money for the Internet cafe. The same Webplanet talked about a gamer who killed each other, because he sold his virtual sword. There are also more common cases where the husband or wife filed for divorce, had caught the second half in the virtual novel. Not as tragic as the murder, but also a tragedy. Because Internet-based crumbling career, education, marriage, financial well-being. If at the beginning of their addiction, people say, "I have no problem", then at the end it turns out to be one on one with the reality, which is afraid, like a drug addict. This is followed by depression, and suicidal thoughts. According to statistics, in Russia the percentage of Internet dependent is not less than 2% of all Internet users. Particularly susceptible depending teenagers and students, as well as insecure people. 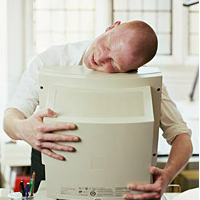 Personal injury from the disease to healthalso have: sleep disturbance, fatigue, excessive use of tonics, indigestion, problems with the spine and eyes and a general weakening of immunity. It is on guard, if your loved one spends too much time on the Internet, and at the same time he observed mood swings, he is lethargic or vice versa angry if well-read or lie away from the conversation, angry when his distracted. How great would not have been tempted, in any case should not blame themselves for what is happening to him. Unfortunately, you're both equally are in the same boat of its dependencies, and you also need expert help.

People involved in the dependence of the patient inPsychologists call co-dependent. Codependency - a pathological attachment to the person suffering from addicted, or other problematic personality. The compulsive desire to help him or to change grows until, until you subdue your entire life, leaving no corner of the world for peace. Codependency inclined to search for solutions to problems dependent person, blame yourself for the causes of the disease resulted in the inability to help a loved one. An important role in the total charge itself are themselves dependent, which is not averse to shoulder all the blame on others.

Doctors have found that close to suffering fromDepending on a person needs help no less than to the patient. If you find yourself in this situation, remember that even a simple medical consultation can help a person cope with a difficult situation, where you not only will have a consultation on the problem and will help to cope with a difficult period of life. If, depending on the patient acquires a compulsive character, if you feel put down and do not know how to cope with the situation, partly blame yourself in this situation, find a support group co-dependent! Do not say to yourself, "There are going to relatives of drug addicts and alcoholics, and my situation is not so", there are going to people who are confused and that (it is they, rather than their patients) need help.

Summing up, I want to say, the Internet is notthe world's evil and not a panacea - a tool for information and communication, so to him, and should be treated. It will not fix your life, not make it better. Use the opportunities available to them, but do not run from reality, because that is the reality makes you human.