China is a radical approach to the treatment of Internet addiction

China - one of the most computerized countriesworld. No wonder that Internet addiction is common there is much stronger. About that, what tools are used Chinese doctors to get rid of traction to the network, see this article. 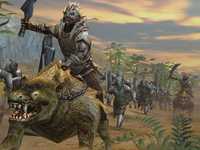 Internet addiction is becoming a new whipChinese society. Representatives of this Nation is a tremendous tenacity and hard work, which leads to catastrophic consequences in the event of any psychological dependence (probably for this reason China is strictly prohibited gambling, whereas in the UK, for example, they receive state support). Many Chinese simply can not break away from online games and get paid for it with his life - dying of starvation after a few days of intense play. Just recently, another sad incident occurred. 26-year-old Chinese Xu Yan, a resident of Jinzhou (Liaoning province), died directly during Internet games. According to his parents, he spent almost all the time (that is seven days - so much last vacation, associated with the local New Year) on the computer.

According to Chinese physicians, about 13% of Chineseteen-Internet users, or about 2.6 million people have a predisposition to internet addiction. Psychiatrists say that one of the causes of the disease - a boring life. Many people just have nothing to do, and day and night they spend in virtual worlds.

We must find a way out

To fight the spread of disease, the Chinese government has opened a few months ago, eight specialized clinics for the treatment of Internet addiction.

Seventeen year old student was placed Sun Tszitinin a hospital at the request of parents. They were concerned that a child spends weeks at a computer 15 hours a day, noticing only the day and night. Treatment was required immediately. About a month he spent in the House behind metal bars without the possibility of chat friends, and his only companions were psychiatrists, nurses and other patients.

Specialized clinics open acrosscountry as part of a national program to combat Internet addiction. The importance of this problem does not stop repeating China's communist government and the local Komsomol. Along with the advent of specialized clinics, the Chinese government restricts the access of its citizens to the "pernicious" foreign sites (pornography, gambling, anti-communist propaganda).

The largest and oldest clinic for treatmentInternet addiction is on a military base in Daxing, a suburb of Beijing, and in normal days gives shelter to 60 patients, but in the critical periods of their number increased to 280. The patients' ages: from 12 to 24 years. Only a very few of them came here voluntarily. Nearly all were brought by parents who pay and treatment in the amount of $ 1,300 per month (in China with an average salary of $ 130 is a lot of money).

Dispensary was originally created to treatheroin addiction, but later it was reconstructed in accordance with the new realities. Treatment of Internet addicts - more urgent problem today. However, psychotropic drugs, antidepressants, hypnosis and mild electric shocks remain in the arsenal of local doctors, as well as military discipline and strict isolation of patients.

The clinic ten biggest individual chambers. The whole clinic is painted gray-blue cold colors, and only in these rooms a warm wall colors, with plenty of sunshine colors to enhance the level of serotonin in the brains of patients. The morning begins at 6 hours and 30 minutes when the wards cameras echoed the usual soldier's cry. "It's for your own good!".

On the third floor are for the Chamberheavy patients who are considered to be chronically Internet addicts, with the experience of five years or more. These accidents after several days of treatment fall into severe depression and refused to see a doctor. Chamber on the third floor there are 24 hours a day.

Fighting around the world

China - not the first country whereInternet addiction is discussed at the state level. In recent months, South Korea, Thailand and Vietnam, too, have taken measures to protect teenagers from excessive enthusiasm virtual reality. As part of these measures is limited by the tolerance of children in the Internet clubs and embedded systems "Parental Control" that automatically stop the session after every five hours of online games. In Finland, for "Internetogolikam" are softer: Internet addiction may even lead to the postponement of conscription. In Russian clinics also treat from this addiction. Patients often have to take psychotropic substances, and sometimes lying on a drip. But no country has gone on ways to combat Internet addiction as far away as China.