What is substance abuse

What is substance abuse? What Causes Substance Abuse? The answers to these questions can be found in the article.

The main reason for the inhalation of solvents include hallucinations, similar
on dreams. These dreams can be both enjoyable and threatening, but always
very bright and colorful. Most addicts are collected in a group of
several people to become members of the same
"Sleep."

In the sixties of the twentieth century, it began to appear the first victims
substance abuse and substance abuse was then identified as a new
a kind of addiction. Inhalation of volatile organic vapors
solvents mainly interested in children between the ages of eight to
sixteen years old, and this "hobby" bore and still bears
massive.

The most commonly used inhalants - glue, paint thinner,
liquid for cleaning, lighter gas, gasoline, nail
nails - gained popularity among children from low-income families
low-cost and available in stores. This addiction to
mainly develops from interest or peer pressure. Although
Inhalant abuse is widespread, but, for example,
poor people in developed countries and concluded immeasurably
More abuse these substances. Nitrite is used
popular among homosexuals, to enhance sexual
excitation. There are several grounds on which it is easy
determine Beezer (so called drug addicts) is swollen red
eyelids, gait disturbance and speech, similar to alcohol intoxication. 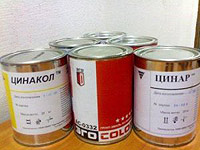 The main reason for the inhalation of solvents include hallucinations, similar
on dreams. But the initial intoxication similar to alcohol vapors. "Sniffer"
It feels pleasant noise in my head, lifting the mood, warmth and
relaxation. Then mind loses clarity, the actual environment
perceived illusory. Objects change their form, seem to paint
bright and deep and unusual sounds. It appears the need for
movement, but co-ordination is already broken.

The next phase of intoxication is called "watch cartoons" or "dreams".
Hallucinations are projected on the screen. They can strengthen or
stop only at the beginning, then they move spontaneously. In
many drunken raises complex hallucinations: they see and crawling
insects running around the body and at the same time feel their touch.
It seems that the move walls, the floor collapses, experienced a sense of
flying or falling. Sometimes intoxicated feel on other worlds, in
space. Drunken see from the separated parts of his body
(Part of the brain), the body from the inside.

Beezer is usually collected in a group of several people, in order to
to become parties to the same "dream". Sometimes the participants, in order
to re-play the previously seen sleeping, going to the identical
circumstances where everything is copied up to the posture. duration
dreams from several minutes to several hours, but they suffered a
man it seems that a lot of time has passed. Out of intoxication
accompanied by lethargy, headache and nausea.

Case of an overdose in a drugged state - it is a common
cause mortality. Since the loss of self-control causes
breathe fumes again and again is not going to happen "sudden death from
inhaling "- a cardiac arrest and breathing. Another danger
lovers solvent is their uncontrolled behavior and
disappearance of inhibitory processes. The behavior of drug addicts under
hallucinogenic effect is dangerous to others and for their own lives.
The perception of reality is very limited by the action of vapor, and
Beezer not realize in his mental and physical
insolvency and absolutely not critical in the evaluation of their own
features. Trying to fly, or to destroy, standing in front of them
barrier, they are often hard to injure yourself and sometimes die.

Another dangerous consequence of inhalation is an entry into
narcotics dependence, which leads to further
the transition to a more narcogene drugs. Many adults with drug addicts
experience started with glue. A drug treatment at the experience of anesthesia with 8
years is a very difficult process because there is a complex
changes in a person's identity, in which drugs are perceived as
an integral part of life.