How the brain reacts to pain?

From a physiological point of view the pain - isunpleasant experience associated with real or potentially possible damage to body tissues. What happens in the brain when you feel pain? Why do some people tolerate pain easily, while others are hard? On this article. 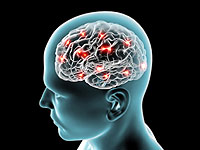 The pain - one of the most powerful emotive human feelings that can change his life, to make it unbearable and impossible.

From a physiological point of pain - the unpleasantexperience associated with real or potentially possible damage to body tissues. However, this idea of ​​the pain is not limited to, because in addition to the physical pain, psychological pain exists, for example, the pain of loneliness or pain phantom, arises in patients after amputation. As regard the human suffering when the threat to the organism does not exist? Apparently, the pain - it's not just a reaction to tissue damage is more nascent and existing in the brain. What exactly happens when a pain, why the perception of pain at each person individually, try to understand.

The emergence of physical pain begins withspecific stimulation of pain receptors located in all tissues of the human body. Some scientists believe that there are no pain receptors do not exist, and to pain resulting excessive excitement any sensitive cells.

From peripheral receptors pain signal is delivered to the nerve fibers in the spinal cord and brain, where there is incoming information and analyzes generates the appropriate response.

In the human brain there is a kind offiltration system of nerve signals according to their importance. Because pain is perceived as a signal of danger, the system puts it in first place among other sensations, forcing the last of the human consciousness. At a certain severity, the pain completely seizes the human brain.

In addition to increasing the significance of pain and existsanother area of ​​activity of the nervous system - reducing the intensity of pain signals by operation of the unconditioned reflex. For example, the hand itself drawn aside from the hot plate, without thought. In the event of the greatest importance unconditioned reflex plays a human spinal cord. 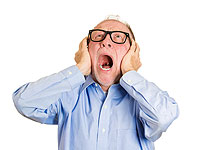 Extinguish the fire of pain helps damping systemthe brain that produce neurotransmitters - opiates endorphins and enkephalins, act as natural painkillers. The ability of the central nervous system to synthesize these substances, and the number of them to receptors in the brain tissues each person has his, this difference in pain associated portability.

Scientists have long been interested in the ability toendorphins as "pain killers", because in the arsenal of physicians are no medicines that can deliver a person from suffering and does not have side effects. Stimulation of the synthesis of endorphins centers could solve relevant for many people with chronic pain problem.

What brain structures produceneurotransmitters? Scientists have found that for the synthesis of endorphins when a pain, as well as the appearance of such feelings as joy, love, euphoria meet the same parts of the brain. Endorphins not only relieve pain, but also cause pleasure. Athletes standing on the Olympic podium, do not feel pain and fatigue, their sense of joy has a comprehensive victory.

For the production of endorphins responsible mu opioidsystem, their perception of - of mu-opioid receptors, they respond well to the introduction into the human body of morphine, heroin, methadone, which has a strong analgesic effect, but have undesirable side effects and are addictive.

More recently, scientists have unveiled a sensational discovery. It turns out that pain tolerance is encoded by a specific gene, that is, in fact, is inherited.

Gene pain was called DREAM (downstream regulatoryelement antagonistic modulator). His role - blockade produce endorphin dynorphin responsible for pain reduction. People with DREAM-gene have a low pain threshold, and even visiting the dentist for them becomes a hellish torture. Those who do not have the unfortunate gene pain, able to endure a lot of pain and does not suffer from chronic pain.

Further - more, in experiments on mice, scientistslearned to "switch off» DREAM-gene animals, thereby dramatically reducing their pain sensitivity. Experimental mouse endured hurt them, including scalding with boiling water, although apparently did not differ from their "full" relatives. The research results give reason to hope that in the near future drugs that inactivate the DREAM-gene may be an effective treatment for patients suffering from an incurable chronic pain.

Investigating the mechanism of the gene encoding the painsensitivity in mice, scientists are faced with an unexpected effect. It was found that the aggravation of pain sensitivity is adjacent closely with a strong memory, that is, processes that control the body's animal pain and storing information have family roots.

What are the benefits of this discovery for a man? It confirms that the source of pain is directly in the human brain, but not in the damaged tissues, pain can exist separately from injury in the case of the amputee alone or pain. The central nervous system is able to store and produce their own pain. Conclusion: you can not tolerate the pain, for example, the use of effective analgesics after surgery allows the patient to forget about the operation and its accompanying pain.