Hypoglycemic coma is a complicationpancreatic diabetes and benign tumors. The cause of coma is insufficient concentration of glucose in the blood, which leads to energy and oxygen starved brain.


Coma - this is unconscious,characterized by a complete lack of reaction to external stimuli, the absence of reflexes and disorder of vital functions. Sometimes coma - a final stage of various diseases. Coma is always an indication for intensive care as the delay in the start of treatment as a result of delayed diagnosis can result in death.

The concept of hypoglycemic coma

The main symptoms of coma 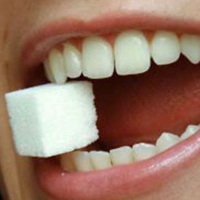 Symptoms of hypoglycemia (decrease inblood glucose) due to impairment of the central nervous system, as with a decrease in glucose entering the cells of the brain is disturbed utilization of oxygen, resulting in hypoxia (oxygen starvation) of the brain. In the long coma in the cerebral cortex develops irreversible destructive changes. Most often, hypoglycemia - a consequence of excess insulin (especially long-acting) diabetics. It can develop as a result of increased levels of endogenous insulin - hyperinsulinism (insuloma).

Insulin diabeticsrefers to a method of treatment is very responsible as a result of the wrong actions of the patient may develop coma. The reasons for such a drastic change in the patient's condition may be a lack of food intake, especially carbohydrate immediately after injection and 2-3 hours after it, when the blood glucose level is the lowest. Furthermore, hypoglycemia can occur as a result of increased physical activity after administration of insulin with increased sensitivity of the patient to insulin in the result of the transferred secondary infections, the combination of diabetes disease of the gastrointestinal tract and the liver (activity reduction enzyme insulinase) and the involvement of other endocrine secretion.

Hypoglycemic coma can develop acutely andsubacute. In subacute phase 4 release. The first phase is characterized by the appearance of weakness, fatigue, a slight decrease in blood pressure. In the second phase, there are increasing signs of adrenaline - pale skin, cold sweat pouring can be hand tremor, palpitations, frequent, arrhythmic pulse. There is a feeling of hunger, anxiety. The third phase is characterized by symptoms of central nervous system - Symptoms resemble drunkenness:

With the deepening of hypoglycemia appear convulsions,passing in the type of epilepsy seizures. With a deep coma pupils contracted, the corneal reflex is absent eyeballs turgor reduced. Breathing shallow. Tachycardia (rapid heartbeat) is replaced by bradycardia (slow heartbeat). The skin is pale, wet, cold, blood pressure is reduced, all reflexes are reduced. As a result of a brain injury may be fatal. When acute course of the patient immediately begins a coma without previous phases.

Primary hyperinsulinism is more common inadenoma of the pancreas - insuloma. Insuloma - a benign tumor is hormonally active, producing large amounts of insulin. Characteristic insuloma are hypoglycemic events - hypoglycemic crises. The attacks usually occur in the morning on an empty stomach, sometimes accompanied by loss of consciousness and epileptiform convulsions. Provoke attacks of fasting and exercise.

Once diagnosed hypoglycemiccoma, you must immediately enter 40-50 ml of 40% glucose solution intravenously. Usually already "on the needle" to the patient regains consciousness. If not, then repeat the administration of glucose. If you can not enter glucose intravenously, it is administered subcutaneously or enema (100-200 ml of 5% solution). Concurrently administered 100 mg cocarboxylase, 5 ml of a 5% solution of ascorbic acid, intramuscularly or intravenously. In severe cases, deep coma subcutaneously 0.5-1 ml of 0.1% solution of epinephrine. Symptomatic therapy includes the use of cardiac glycosides, kordiamina, mezatona with symptoms of cardiovascular disease. In the treatment of insulin treatment of choice is surgical removal of the tumor.