What is nystagmus, nystagmus form

What is nystagmus? What forms of nystagmus are there? How is the treatment of nystagmus? The answers to these questions can be found in the article.


The following types of nystagmus: 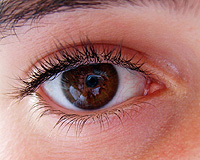 Frequency
oscillating movements can exceed several hundred per minute.
Acquired nystagmus is always accompanied by blurred vision
perceptions (although central vision may be high), and
dizziness, and congenital nystagmus causes of vertigo.

Nystagmus as paralysis, in a central or inherently
Local genesis. The development of nystagmus can be caused by lesions
cerebellum, bridge, medulla, the second frontal gyrus,
roof plate (quadrigemina), pituitary and some other departments
of the brain as a result of inflammatory and neoplastic processes or
vascular disorders. On the other hand, it may arise
low vision in both eyes due to the haze, optical anomalies
media change and choroid, retina and optic nerve.

When lesions of the central parts of the nervous system arise
Cortical, vestibular, hysterical and
other types of nystagmus. Damage to the peripheral visual
or acoustic analyzer cause visual and labyrinthine nystagmus.

There is also a physiological nystagmus, which include such
it views as optokinetic, labyrinthine and nistagmoidnye
twitching (in extreme leads the eye). As it is known, on the basis of
optokinetic nystagmus can check visual acuity in children. Study labyrinth nystagmus plays a big role,
for example, in the assessment of the functional state of the vestibular apparatus in
astronauts.

Treatment of nystagmus is difficult and often unsuccessful. All
efforts directed at eliminating a common cause, it caused that
is the lot of many experts. All therapeutic measures,
allowing to improve visual acuity (amblyopia treatment, correction
eyeglasses, reflexology, cataract extraction, keratoplasty and
et al.), as well as reducing muscle tone may lead to
reduction of nystagmus.

Surgery on the muscles gives the effect of basically only in the horizontal nystagmus.