Scientists refute the traditional view of the treatmentwidespread disease. Until recently, the main means of dealing with tennis elbow were considered the injection of steroids. They bring quick relief and create the illusion of a speedy recovery. However, Australian scientists have decided to study the issue further and made an unexpected discovery.

The symptoms of tennis elbow 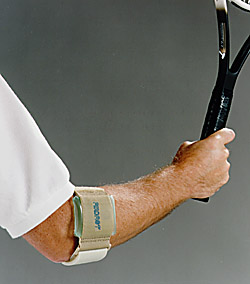 Scientists refute the traditional view of the treatment of common diseases.

According to statistics, 1.3% of the adult population does not know firsthand what is tennis elbow, or at scientific, lateral epicondylitis.

The most common ailment whose symptoms includepain, increased sensitivity, and limited mobility of elbow strikes people between the ages of 35-55 years. And the irony is this: the majority of patients suffering from tennis elbow, tennis does not play.

The cause of the disease may be trauma or justawkward, or made with excessive force, or multiple, and without the necessary rest the hand movements. For example, long forearm rotation, flexion of the brush in the wrist, throws strikes. As a result, microfractures occur tendons that forearm extensor muscles are attached to the humerus.

Until recently, the primary means of combatingtennis elbow considered the injection of steroids. They bring quick relief and create the illusion of a speedy recovery. However, Australian scientists have decided to study the issue further and made an unexpected discovery. 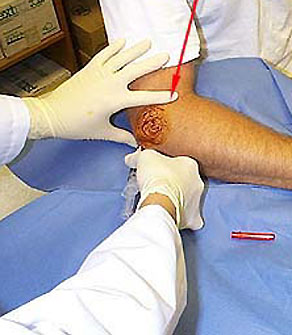 They tested different treatments on threegroups of patients. The first was assured that the state of the elbow over time to improve on their own, so they offered to just wait, and even instructed on how to organize your life so that the pain intensified. Patients in the second group received an injection of a corticosteroid, and on the advice of doctors is gradually returning to normal life. The latter group was held for six weeks, eight 30-minute sessions of physical therapy, and also served as home remedial gymnastic exercises with a rubber expanders and self-massage.

Follow-up care, patients were twice six weeks after initiation of treatment and one year.

In the first case, the best results have been"Injection" group: here on the improvement of the health status reported by 78% of patients. In second place with 65-th percent were "physical therapy" group, and among the "passive waiting" successes boasted only 27% of patients.

However, after 52 weeks from the start of treatmentthe picture has changed. "Injection" group significantly lagged behind the "physical therapy", and at first there was a high rate of relapse: 72% of participants deteriorated. Professor Bill Vincenzo from the university medical school partly explained this "dizziness from success": that is, the patients, winged rapid initial improvement in well-being, too quickly returned to training and excessive loads on the elbow finished the cure.

At the end of the year, "physiotherapy" and "passive waiting" group showed approximately the same good results.

the patient's health has improved considerably or even completely restored.

Recreation - The best solution to the problem.

To reduce the pain, use fixing bandagesWhich are sold in sports shops.

When it comes to lift objects, keep your hand palm facing you.

Try as little as possible and less weight hand.

If you have to work with your hands, use ergonomic tools that reduce the load on the hands. 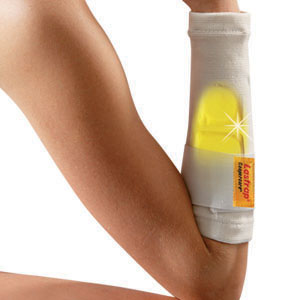 Most of the strength exercises to strengthenforearm muscles are now prohibited, but the suit, for example, is: the forearm on the table, on the weight of the brush, palm up or down; take in hand any object weighing up to a kilogram; move the brush up and down; repeated 20 times for each hand.

Scientists now offer a treatment program: after a single injection, which will remove the acute symptoms, relying on physical therapy and doctor time.