Upon learning that he had Hodgkin's disease, a personexperiencing confusion and the desire to hide from the problem - maybe the problem will disappear. But this problem should be solved. This article is about how to get to the end of the road, called the victory over Hodgkin's disease.


Part one: the terrible diagnosis - "chlamydia" 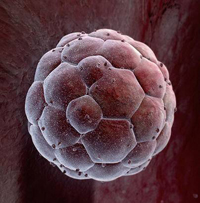 I am 35 years old. Today, I have forgotten the feeling of despair and emptiness, which once overwhelmed me to the top. I do not remember that not hope to celebrate thirty-five years. I can not remember the last time I cried. After all the troubles that happen in my life now, I meet with a smile. These troubles pale in comparison with what I had to survive fifteen years ago.

At age 20 I was diagnosed with"Lymphogranulomatosis". All harmless starts. One day I suddenly noticed a swelling in the neck, which did not exist before. To tell the truth, the last 2-3 months, I felt unwell - for some reason the temperature rose in the evening, although it was not a cold, sweating at night is very strong, and the forces become smaller. After finding lumps in the neck, I went to the clinic. The therapist, having examined me, sent for consultation of the oncologist. The next few days I remember very bad. Firstly, they were very saturated - ultrasound, blood and urine tests, chest X-ray, puncture lymph nodes (which they grew on my neck, as it turned out), waiting for the biopsy results, and something else that I do not remember . But most importantly, I began to realize that the sick with something serious, perhaps even incurable. After five days of examination in the clinic was completed. The diagnosis was confirmed.

Then I did not know either how treated mydisease treated if at all, I did not even know that strictly speaking it is not a cancer. I am sick ... cancer. I have cancer…. More than anything, I could not think. On consultation, I did not go to the Oncology Center. More than anything else at that moment I was afraid of what the diagnosis is confirmed. For some reason I thought that if the hide at home, drink a sedative and sleep, I wake up in the morning and none of this would not be that this is all a dream. Well, can not I do the same in twenty years no future! But every morning I woke up again and again in the same reality ...

Then I decided to go to CancerDispensary. Frankly, I was somewhat surprised to have been there. I used to think that there is something like the last stop before the cemetery, painful and sad. But in reality it was an ordinary hospital with ordinary people in the queues. Oncologist, too, he was a perfectly ordinary person. It was from him I learned all the details than the sick, how it is treated, how long it will last and what difficulties it would involve. I learned that my disease called chlamydia, she has no relation to cancer (because it grows completely from other cells), it is treated only with chemotherapy and radiation, and being quite successful. I learned and about the fact that I will have several courses of chemotherapy, I had all the hair will fall out, which may be nausea and vomiting, that all this will last for about six months or even more. Of course, all this information was quite serious and even frightening. But, to my surprise, after hearing the doctor, I calmed down considerably. I calmed down, because the unknown frightens much stronger than a clear "picture of the incident."

And then began the treatment. Yes, Chemotherapy - this is a serious and difficult manipulation. Hair fell all after the first course. It is good that I knew in advance that it would be, and was ready for it. Fashion scarves good wig and helped me cope with this problem. With nausea and vomiting is well assisted by a special strong antiemetic drugs, which are administered together with chemotherapy. During treatment, I tried more walk in the fresh air, went to meet friends, to the cinema, just a lot of walking, went to the skating rink in the rest period, I went to a trip. A very important role was played by the support I felt from my family and friends. But the most important thing - I myself saw that the treatment is working. After the second course of the lymph nodes in the neck are no longer detectable! They disappeared! Also passed and the temperature and night sweats. If my doctor has explained that it is necessary to complete all courses of treatment, and then undergo irradiation to secure the effect, I would have dropped everything after 2 chemotherapy. But it turns out, if not to be treated entirely as it should be according to the rules, the probability of the return of the disease is very high.

Until now, very clearly remember the day when Icompleted treatment. It is a thousand times happier than to pass the most difficult session in college, because now I have passed the exam of life. An incredible sense of relief, inspired, happiness - that's what it is. Now I have a future! I will regularly come to check in Oncology Center, but now I believe that there is nothing wrong will not happen. The disease made me think about how well I live, I just simply stopped and given the opportunity to think about yourself, and let such a terrible way! Himself must love!

Now I am 35 years old. It has been 15 years since I became ill oncology. Fortunately, treatment is successful and regular checks do not find anything wrong. Now I know that I have a future and I wish everyone who is still in the beginning of this path, and make it worthy to pass completely. It is only after going your way, you can see that at the end of the road!