In this article you will learn about the development and diagnosis of Paget's disease.


Paget's disease: the alleged cause and development of disease 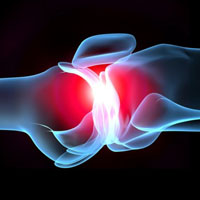 Paget's disease (J. Paget English. surgeon, 1814-1899; Synonym: deforming ostoz, osteitis deformans, deforming osteodystrophy) - skeletal disease in which there is loss of one or more of the bones as a result of pathological bone restructuring.

As for the exact cause of the diseasePaget, it is not clear. There is a theory of vascular autoimmune hormonal disorders, the theory of disturbances of the biosynthesis of connective tissue. The most common opinion about the viral nature of the disease.

When Paget's disease is undergoing profound metabolic disorders of bone tissue, which is confirmed by a change in some biochemical parameters of blood and urine.

The essence of the process is pronouncedpathological bone restructuring, characterized by continuous change processes of resorption and bone mass construction of new substances in the same bone structure.

Each generation of newly formed bone substance is separated from the next so-called bonding line that creates a mosaic structure of bone structures.

To distinguish three phases in the development of Paget's disease:
Paget's disease develops mainly inaged 40-50 years, but found the so-called youthful shape. Clinical manifestations depend on the localization process and the extent of its spread. The first signs of the disease are pain in the bones and joints. Later bone deformity occurs. Long bones gradually thicken, develop their arcuate curvature. Typical local hyperthermia (over the affected bone). Limited mobility in the joints, lameness, tend to develop in advanced stages of the pathological process. With the defeat of the skull, it increases in size due to thickening of the bones of the roof and the base. In this case, there may be a compression of the brain, which is manifested by headaches, eye and ear disorders, intracranial hypertension. In patients with spinal lesions disturb pains may develop root compression or spinal cord. With involvement of the pelvic bone and the process of forming the hip joints, coxarthrosis develop. If it affects the long bones are frequent pathological fractures. The most serious complication of Paget's disease - with the development of malignancy of sarcoma (in 3-15% of cases).


Diagnosis is primarily onBased on X-ray examination data. The early stages of the disease are characterized by X-ray changes in the bones of the internal architectonic, then they are joined by a thickening and bone deformation.

Radiographic signs of evolving on the basis of Paget's disease and other osteogenic sarcoma tumors are the same as for their development in unaffected bone.

The differential diagnosis is carried outparathyroid osteodystrophy, chronic osteomyelitis, osteomalacia, marble disease, hyperostosis, acromegaly, metastatic cancers to the bone, multiple myeloma, with a change in the bone with tertiary syphilis, and others.

Forecast favorable in the absence of complications. Patients with Paget's disease should be under medical supervision at the orthopedist.