Home>Other>How to choose the irrigator

How to choose the irrigator

Other
by admin
Dentistry - a painful process andexpensive, and paying sufficient attention to oral care, you can avoid the frequent meetings with the dentist. Improve the quality of teeth cleaning helps irrigator - a device that gets to those areas where lacks a manual toothbrush.

Features and benefits of using an irrigator 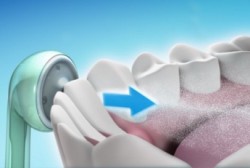 The principle of operation of this instrument isthat it forms a thin, but sufficiently powerful water jet, which can remove impurities in the most remote corners of the mouth.

Irrigator recommended asAdditional dentifrice, but in some cases it can completely replace conventional brush. mymedinform.com find out what are the advantages of the device in question:

Indications for use of the device 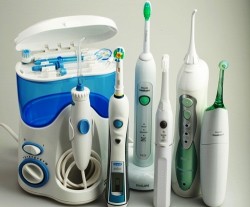 All irrigators according to the method of use can be divided into two large groups. Let us examine them in detail:

It is difficult to say which of these types of irrigatorsbetter, because both versions differ in their purpose. For those who are often on the road, it is better to buy a portable device in the event of travel and stationary - for home use.

Selecting the irrigator: what else to pay attention 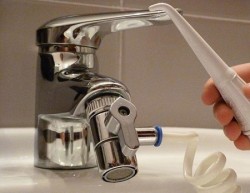 Choosing irrigator, you should pay attention toits equipment. Some models are equipped with only one or two nozzles, while others have a variety of tools for cleaning the tongue, periodontal pockets, prostheses, implants and so on. N. Before buying, decide in what order the unit will subsequently be used. If you do not wear braces or dentures, special tips you may not be needed, but the nozzle for cleaning the tongue need to almost everyone.

If the technique to be used moreman, it is desirable that the irrigator had individual nozzle for each. Many manufacturers label these tips in different colors, so that family members do not confuse them later. Included with the device may also be sold to the device nasal lavage. A nozzle of this type - quite useful invention because of a cold occasionally suffers each.

The ability to control the intensity of the jet -Another important characteristic of the device. For example, children and people with sensitive gums, we recommend using a weak jet head. The same mode of approach and those who have only recently started to clean teeth irrigator. But those people who use the instrument for a long time and do not have inflammation in the mouth, can establish for himself a power jet. 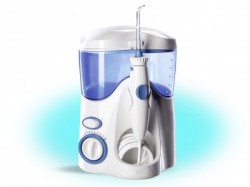 Today, the market can find a variety of different models irrigators oral, consider the characteristics of several popular options presented in the Russian market:

Range irrigators on the market todayquite wide, we have described only a few of the most common models. Choosing a suitable option, be guided not only on cost but also on the functionality of the device and the fact whether a particular model is suitable for your specific characteristics and needs.