Home>Other>How to wash the nose

How to wash the nose

Other
by admin
It is not always such a procedure like washingNose has been overlooked. But it carries several meanings: it is personal hygiene, which can be put on a par with cleaning teeth and washing, and treatment and prevention of most common colds.

The benefits of nasal washing 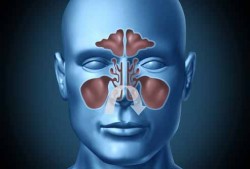 As is known, the nose is a natural filterair. It reduces the amount of contact with our body bacteria, allergens, and, of course, viruses. These microorganisms are deposited on the bristly hairs that are inside of the nose. Struggling with all these harmful bacteria produce mucus, which has great bactericidal effect.

nose also functions as air humidification,which today physicians and scientists attach great importance. Together with the air moisture, getting through the nose, a little heated. Thus, light falls purified, and relatively moist warm air, allowing them to work without stress.

But if there is the slightest dysfunctionmucous surface, then there is a blockage of the nasal sinuses, an obstacle is created to cleanse the air and the healthy secretion of mucus. The slightest glitch in this process can provoke viral diseases, allergy, Decreased immunity.

That is why from time to time is recommendedwash the nose, without waiting to be picked up by any disease. At the same nasal wash for hygienic purposes provides the following prophylactic effects on the body: 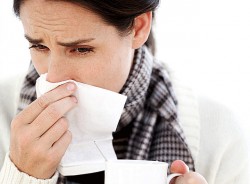 From the above it becomes clear that you need to wash the nose is actually under any colds. An exception may be:

Whatever it was, if you know you are sick,before taking a nose rinsing, consult a physician. He will introduce you to the washing methods, learn to do it correctly, as well as answer all your questions.

There are several types of nose washing. This can be done at home and on their own, as well as the doctor. mymedinform.com offers to get acquainted with the master list used today forms the nose washing.

at sinusitis and other respiratory diseasespus accumulates in the maxillary sinuses and rid yourself from it rather difficult. In these cases, doctors prescribe a special washing preparation, referred to as "cuckoo".

Something that resembles a small vacuum cleaner unit. During the procedure, from one nostril is pumped out mucus and other special syringe with a rubber tube inserted saline solution or furatsilina. The procedure takes a few minutes until the start of the sinuses do not go clear mucus. 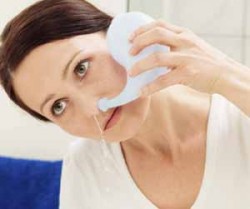 Perhaps this is one of the most popular methods.washing the nose. It includes the preparation of a solution for washing and choosing a syringe. The latter can be completely different: there are special devices, similar to a small teapot with a long nose, with which it is customary to flush the nose. But if you don’t have one, don’t despair, for washing you can take a large syringe, of course, without a needle, a syringe and, in principle, any means. The main thing here is proper washing, and not the device with which it is performed.

As for the solution, you can either buy in a pharmacy special mixes and ready-made liquid, and cook them at home. Here are the most popular and simple:

The frequency of nasal lavage 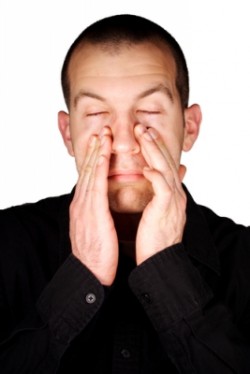 This is a very important factor in the treatment. It depends on the frequency of washing on what goal you are pursuing: preventive or curative. For prevention is enough 2-3 times a week, at the very least - 1 time per week. Over time you will understand how often you need it and you will be tempted to rinse the nose, such as the adoption of a shower or bath.

If you have had sinusitis, it is necessary to increase the number of washes up daily, and during epidemics of respiratory diseases it is best to wash the nose twice a day.

You also need to increase the number of washingsday, if you get sick. 4 times a day - it is necessary to adhere to this figure. The course of treatment depends on the severity of the disease varies from 10 days to 6 weeks, respectively.

It is easy to do, but some practice is still necessary. The easiest way, which is best used only as a preventive measure is scooping water from the palm of your hand.

If you purchased a special for wateringnasal lavage, the principle of its use is simple. Spout enter into a nostril of a few millimeters, bend over the sink at an angle of 90 degrees, slightly tilt your head. Slightly open your mouth and start washing on the side toward which the head is tilted. The liquid will flow and will pour out of the other nostril, that is "below". Hold your breath, water drip in the throat or lungs.

If you choose any otherdevice for washing (syringe, syringe and so on. p.), then you must remember that there should be a large head and pressure. Use carefully, making sure that the liquid poured out of the other nostril. Total may need about 2 cups of liquid finished.

You also need to be careful and make sure that no liquid penetrates into the middle ear. This can cause a most unpleasant disease such as otitis media.