Home>Other>What do you get from a pet?

What do you get from a pet?

Animal diseases that can be transmittedpeople called zooantroponozami. What can be fraught with very close contact with pet? How to manifest the main zooantroponozy? On this article. 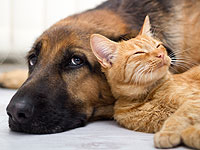 Rare people do not like pets, manyhis life are not without a cat or dog, as some consider it quite normal cuddle cute creature to kiss him, to feed with it, lay beside him in bed. However, few people think that such a close communication can be fraught with disease.

Scientists estimate that the four-legged and Dipterapets can suffer 250 different diseases, of which more than half can be transmitted to humans. In Europe, these diseases were only 30, however, from this we, the people, not easier, many of these ailments can cause significant damage to health and even cause death.

Worms from the seals and dogs

Animal diseases that can be transmitted to humans, called zooantroponozami. The most common of these are considered to helminth infections, or simply diseases caused by worms.

Helminthiases very widespread amongpets. Eggs of worms ingested cats and dogs while walking on the street, as well as licking paws and other, not sterile parts of the body. Some cats and dogs suffer coprophagy, ie the tendency to eat someone else's feces, and this - even direct to infection.

A person infected with the animal by close contact with him and the lack of proper hygiene, especially hand washing and rare if shares a bed with her beloved pet.

The most common helminth infections

Diseases caused by protozoa and microbes 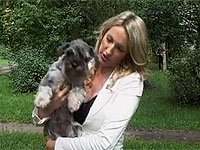