Hemorrhoids. Often people ask the question - where does it come? Why some do not even realize what it is, while others have to suffer from the very unpleasant symptoms of the disease? What causes hemorrhoids? The answer to the question - in our article. 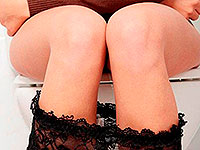 Hemorrhoids, or hemorrhoidal disease, isone of the most common surgical diseases in humans. According to statistics, it affects 13-14% of the adult population of the planet, and it is thought that these numbers are actually much higher. Many do not go to the doctor as long as hemorrhoids will not cause particular concern, and therefore do not fall into the statistics.

Hemorrhoids - a surgical disease,characterized by an increase of hemorrhoids, manifested by pain in the rectal area, recurrent bleeding and prolapse of the anus.

The basis for the formation of hemorrhoids anddeveloping hemorrhoids as such are cavernous calf - dense plexus of blood vessels located in the form of small "pillows" under the mucosa at the exit of the rectum and under the perineal skin. It is believed that the immediate cause of hemorrhoids is a mismatch between the arterial blood flow to the cavernous body-and outflow of venous blood from them. Stagnation of blood and increasing its pressure leads to a stretching of the blood vessels, increasing the cavernous bodies and turn them into hemorrhoids.

Why there is hemorrhoids?

Thus, an increase in most hemorrhoidsIt is the result of blood stagnation. It is logical to assume that the causes of hemorrhoids can be any factors that lead to the blood supply, venous blood retention in the rectal area to the background of the weakness of the muscular layer of blood vessels. What are these factors?

As you can see, the factors that may lead tothe emergence of hemorrhoids, quite a lot. Some of them, such as heredity, and age, can not be avoided. But the exclusion of all others, it is possible to avoid the development of the disease or its aggravation. The main thing is to know what exactly you need to struggle, and then it's up to the desire to be healthy.