Few people today can boast that he had never encountered proctological diseases.

Question №1. What are hemorrhoids?

Question №2. What are the external and internal hemorrhoids and hemorrhoids always manifested by the presence of formations on the skin around the anus? 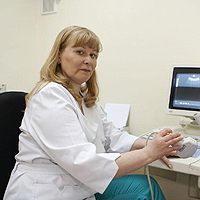 Question №3. What are the symptoms of hemorrhoids?

The main symptoms of hemorrhoids arebleeding and prolapsed hemorrhoid. Pain for chronic hemorrhoids are not characteristic - in this case, it is either an acute hemorrhoids, or other diseases of the colon.

By the way, is not always a straight line from the discharge of bloodulcers and loss of any entity indicative of hemorrhoids. This diagnosis can only reliably deliver proctologist doctor after the test. Hemorrhoids can mask other and often more serious diseases of the rectum.

Question №4. Why there is hemorrhoids and how to prevent hemorrhoids?

One of the main factors of development of hemorrhoidsIt is heredity. So if your parents suffered from hemorrhoids, then with a certain degree of probability we can say that hemorrhoids can occur and you. Often hemorrhoids combined with varicose veins and flat feet, which is the result of congenital weakness of the connective tissue which is the skeleton of veins.

In addition, risk factors include dietaryaddiction (abuse of spicy food), excessive alcohol consumption, sedentary lifestyle, prolonged stay in the same position (the work of the seller, a hairdresser, manager and others.), intense physical activity, a person suffering from constipation. Often the first symptoms of hemorrhoids refer to the period of pregnancy. Accordingly, the exclusion of risk factors for the development of your life, and hemorrhoids can prevent the development of hemorrhoids.

Question №5. What are the complications of hemorrhoids?

Typical complications of hemorrhoids is thrombosishaemorrhoid with hemorrhoidal pain and bleeding. Contrary to popular belief hemorrhoids never goes into cancer (but can mask its presence).

Question №6. Can hemorrhoids go through on their own?

Hemorrhoids do not have a tendency todecrease, but rather increases with time. Medication slow its progression, and in the case of acute hemorrhoid only reduces or eliminates the symptoms.

Question №7. When and how to treat hemorrhoids?

Proper and adequate treatment of hemorrhoidsappoint a doctor. Symptoms of hemorrhoids are very diverse and different treatment, respectively. In addition, existing personally have symptoms may be caused by other diseases proctological. Treatment depends on the nature and stage of the disease.

Question №8. What are the most effective ointment for the treatment of hemorrhoids?

Symptoms of hemorrhoids is very diverse, andapplied ointment have highly directional effect on certain symptoms of hemorrhoids. So choose an effective hemorrhoid treatment can only physician proctologist. In addition, it is proven that the topical form of the drug (ointment and suppositories) do not have a therapeutic effect on hemorrhoids, reducing only their manifestations. Therefore, in the complex treatment of hemorrhoids should be compulsorily included venotonic tablet form drugs.

Hemorrhoids never ozlokachestvlyaetsya. However, this does not exclude the coexistence of Cancer 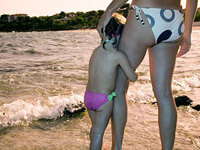 diseases of the rectum.

Question №10. Is it possible to get rid of hemorrhoids without surgery?

Can. Currently, there is a wide arsenal of so-called non-surgical outpatient maloinazivnyh methods of hemorrhoid treatment. Their advantage is the simplicity, painless and non-burdensome procedures for the patient. The patient remains in the usual rhythm of life. However, their application is most effective in the early stages of hemorrhoids. In severe cases, can not do without surgery.

Question №11. Who is the doctor coloproctologist?

In accordance with the modern nomenclaturemedical specialties proctologist renamed coloproctology as its competence in addition to diseases of the rectum (in Greek - proktos), and began to enter the large bowel (in Greek - columns).

Question №12. How often should I visit the doctor proctologist?

Naturally, the sooner a patient appealed,the easier and more effective than its treatment. In addition, there are formidable diseases of the rectum, does not manifest itself outwardly. Therefore, the optimum for preventive visits to the doctor, proctologist, it is once a year or at least once every five years. For patients older than 50 years, patients who have parents suffering proctological diseases necessarily visit proctologist once a year.

Question №13. What preparation is required before visiting the doctor-proctologist?

Preparation before the visit to the proctologist notIt is required only if you suffer from intense pain in the rectum or anus. In other cases, a statement of the two cleansing enema the night before and the morning of the visit. There is an alternative - microclyster with ready-to-use drug microlax the morning of the visit. Training is needed for a full inspection and, if necessary, rectoscopy - rectal examination apparatus to a depth of 30 cm.

Question №14. As far as is necessary and painful rectoscopy?

The method is absolutely necessary majorityProctologic patients for the diagnosis of possible hidden occurring diseases of the rectum, which is the only method of diagnosis is rectoscopy, which allows the eye to examine the intestine and refine the pathological process. unpleasant method, but it is absolutely painless. Moreover, the appearance of pain during the study is an indication for termination of the procedure.