Home>Psychiatry>"Melancholy", or an attack of panic attack

"Melancholy", or an attack of panic attack

Do you know the feeling of sudden fear whensuddenly quickens the heartbeat, nausea and gastro-intestinal ailments, the blood rush and you chills? You are sick, and the doctors can not diagnose?


It is possible that in the Middle Ages, these symptomsassociated with demon possession, but in the last century was called a black melancholy. And they are not bound for another fifteen or twenty years ago, with something certain, and was called "acute reaction to stress."

What is a panic attack?

Meanwhile, panic attack, as it may sound intimidating this title,
is neither a sign of life-threatening health disorders or n

redvestnikom
mental illness. It's just a reaction to the increased
mental or physical overload.

But in Russia, anxious people are often doomed to be victims. Feelings of fear,
Panic, anxiety, are socially condemned, deviant phenomena.
They are the same as the concept of "person" or "mind" are
under the pressure of a taboo.

Even in developed countries, panic attacks and anxiety disorders are
the most dramatic state of mind, and many people are treated for years
from non-existent disease and suffering, not finding them adequate explanation.

In Russia, about ten million people suffer from anxiety disorders,
and most of them is in solitude and isolation.

Aggression and fear are always close by. If we estimate in Russian society
the degree of unwarranted aggression, it is possible to guess which stocks fear
are a lot of seemingly wealthy people.

Russian doctors, especially neurologists, psychiatrists and even many
therapists usually do not recognize the term "panic attacks", pretending to study the individual symptoms of the disease, or
also hung a vague label of "vegetative disorder"
( "Dystonia"). Meanwhile, the term "panic
attack "is extremely accurate, it also helps the patient to finally
definitely call their state, which is a prerequisite
to overcome the disorder.

In accordance with the classification of the American Society of Psychiatrists panic
attack takes place when panic attack has at
least four of the fourteen listed the symptoms and if the accompanying
his sickness reached its peak within ten minutes
cease not later than two hours.

To treat panic attacks, especially in Russia, it is not easy. First of all
you must exclude the following diseases and ailments:

It should be avoided to put a diagnosis on their own and to remember
that the disease-initiating symptoms similar to symptoms of a panic attack,
It does not occur suddenly and are less common than panic attacks associated
stress and mental and physical overload.

Should be avoided unless absolutely necessary visit psychiatrists and psychics,
traditional healers and unscrupulous advisers.

If possible, avoid taking also called neuroleptics
(Antipsychotics). This class of powerful psychotropic drugs that
can quickly remove the fear and anxiety, but can also cause a variety of
side effects, to fix a variety of disorders, motor and autonomic
and delay the time when you will no longer feel my body stranger.

First aid for a fit

For relief of panic attacks make good use of the weaker and
safer than antipsychotics drugs such as clonazepam, Phenazepamum,
relanium.

The minimum number (for example, a quarter of clonazepam tablets)
must be put under the tongue, slowly sucking, relax, engage
autotraining 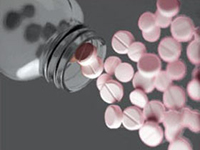 m and deep (abdominal) breathing slow, but not hyperventilation.

Find out in advance the telephone number of confidence in your city or region and call
speak out or seek advice if you are ill.

Remember - undesirable
Xanax abruptly stop treatment, the prescribed dose should be reduced
not immediately after a steady improvement, but only a week or two,
Otherwise, the treatment may become useless.

Avoid drinking three-four-five
different drugs at the same time (to write a lot of products like our
psychiatrists and neurologists). Along with Xanax for depression can drink antidepressants, the most suitable for you.

Pharmacological treatment is only supportive!

At the same time it is necessary:

And you are sure to win the illness!