As asthenic type,
It refers to the inhibited psychopaths. In addition to the features of irritable
weakness, vulnerability and feelings of inferiority, psychopathic
figures of this type is distinguished by pronounced indecision, uncertainty
and a tendency to doubt. 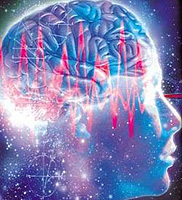 A remarkable feature of this psychopathy
-.. A symptom of reduced activity, ie, reduction of special
"Psychological stress", the fullness of which determines the normal
mental activity. This feature appears in the tendency to
doubts and painful sophistication, insufficient sense
reality and fullness of life, absence of liveliness, brightness perception
ambient, in the pursuit of self-analysis, the predominance of abstract,
divorced from the real facts of intellectual constructs. Such
People always and everywhere doubt it is extremely difficult to accept
any solution, but if it is taken, there is a new concern -
impatient desire to put this decision into practice.

Psychasthenic continuously busy barren mental work
- The so-called mental chewing gum. He endlessly analyze their
actions, prone to low self-esteem, rarely pleased with himself.
Typical subjectively painful loss of the "sense of the real."
Read and heard make a strong impression on him,
than the direct perception of the situation.

Anxiety is so characteristic of this
persons that psychasthenic character is also called
anxious-hypochondriac. It is easy to vulnerable and sensitive person psychasthenic
socially sensitive and tactful. However, they are also often pedantic,
importunate pestering others with endless doubts or require
precise execution of all formalities.

Dynamics of psychopathy is due
the interaction of constitutional and personality traits
a variety of external and internal factors:

Their different ratio determines
various changes. There are short-term dynamic changes
(Decompensation phase reaction) and long pathological development.
A common feature of all the pathological conditions constituting dynamics
psychopathy is their neprogredientnost. Typically, after
decompensation, psychopathic personality returns to its original level.
Changes mostly quantitative, and in a progressive psychosis
they are always high quality.