Home>pulmonology>Allergy and asthma: myths and reality

Allergy and asthma: myths and reality

Allergies often cause bronchialasthma Exacerbations of bronchial asthma, suffocation, decreased physical activity - all this is not a hopeless situation. Both infectious-allergic and allergic bronchial asthma make adjustments to the patient’s lifestyle, but the situation can be controlled. 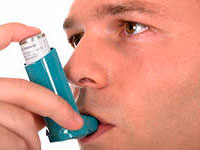 Asthma - severe chronicdisease, the main manifestation of which are asthma attacks, 40% of cases occur no background hypersensitivity bronchi in contact with an allergen or other irritant.

Traditionally, bronchial established centuriesAsthma is usually considered the sentence. Pictures drawn by the disease, do not decorate the patient's life, but do not put a cross on his fate. We will try to dispel these and other myths about asthma and its treatment, to refute the popular fictions means of modern medical science.

The first myth: any other allergic asthma are incurable 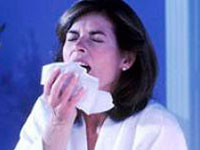 Reality: The truth in this statement is. Cure asthma is not possible, but to do so, to exacerbation of asthma have become rare or disappear altogether, doctors under force, modern medications can effectively control the disease.

It is important that the patient is believed to result becausestress, distrust of the doctor and the lack of hope for recovery can play a cruel joke, and the disease is more severe. With adequate treatment of allergic bronchial asthma its manifestations can not ignore, live a full life, having a diagnosis only on paper.

Reality: bronchial asthma is considered genetically determined disease but not inherited or passed allergic bronchial asthma, but only a predisposition to develop it. The likelihood of asthma development of the child in the presence of the disease in one of the parents is 30%, if the sick mother and the father in 75% of cases, the child is asthmatic.

Reality: a very large number of children do "outgrow" asthma. RECOVERY promote hormonal changes that occur during puberty, which favorably affect the immune system and eliminate the basis for allergic asthma in children.

Myth Four: glucocorticoids used in the exacerbation of asthma, are harmful to health 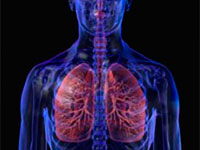 Reality: previously used systemic steroids in tablets, a negative effect on the body of the patient with bronchial asthma. The picture, written by hormones after prolonged use, look more intimidating compared to the asthma clinic. Today, systemic glucocorticoids are used rarely and only in severe forms of the disease, when other means are powerless. Modern hormones - it is inhaled drugs acting directly in the bronchi. They practically do not enter the bloodstream and affect the body as a whole, but the benefits of these drugs in any form of exacerbation of asthma is enormous, and the importance of their application can not be doubted.

Reality: folk treatments for allergic asthma not only useless, but can provoke severe exacerbation. Allergies, asthma can not tolerate amateur, herbs, biologically active substances of animal origin are ordinary stimuli and contribute to the further progression of the disease.

In reality, diet therapy has always beentraditional way, helping to prevent the exacerbation of asthma. Exclusion from the power vysokoallergennyh products and recognized allergens reduces allergic alertness of the organism, the number of exacerbations and their severity and, accordingly, reduce the dose of medication.

Allergic asthma - heavyallergic disease, and it may indeed precede other manifestations of allergy. Initially, the patient in contact with an allergen can occur urticaria, or allergic rhinitis, and then to develop asthma. Treatment of folk remedies and various decoctions, tinctures, inhalation contributes to the bronchoconstriction.

Myth Eight: asthma and asthma - pictures, drawn by only allergens

In reality, asthma attacks in bronchialAsthma can be triggered not only to allergens but also by inhalation of dust, hot or cold air containing chemical impurities. Sometimes the cause of aggravation becomes physical activity or psychological stress, and the presence of hypersensitivity of the bronchi, any aggressive impact could negatively affect the course of the disease.