Home>Skin diseases (dermatology)>What is acne and acne? How to deal with them?

What is acne and acne? How to deal with them?

Depending on the stage of development and other factors, there are several types of acne:

comedones
(Comedo or acne comedonica) - noninflammatory elements that
arise due to blockage of the sebaceous glands. accumulate
sebum looks as white nodules located under the skin.
The diameter of these nodules is typically 2-3 mm. When the output of sebum
out and its oxidation by air oxygen appear black spot acne
or open comedones. 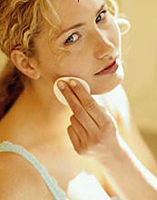 Papular and pustular acne papules
(Acne papulosa or papulopustulosa) - develops due to inflammation
around a closed or open comedones. In marked inflammation such
acne can leave scars on the skin.

abscess acne
(Acne phlegmonosa) - are the result of further progression
inflammation and the appearance of cavities in the skin filled with pus. Such
cavities (cysts) may merge with each other and form cysts
considerable size. Induratum and phlegmonous acne often
called uzlovatokistoznymi.

Conglobata or acne piled
(Acne conglobata) indicate severe illness and
appear numerous uzlovatokistoznymi acne that
appear on the face, upper back and chest, abdomen. Also
characterized by the appearance of large fields of comedones, which are then
converted into uzlovatokistoznye acne. Such acne may merge with each
other forming a cavity containing pus. As a rule, konglobatnye
acne leave behind severe scarring, often keloid. how
Generally, acne conglobata do not pass on their own after sexual
maturation and may appear on the skin up to 40-50 years.

lightning acne
(Acne fulminans) is a rare form of acne and there are mostly in
men aged 13-18 years, against the backdrop of papules and pustular konglobatnye
acne. Lightning speed is the appearance of ulcerative surfaces
place the eel. All this is accompanied by fever, weakness,
joint pain, abdominal pain, and other symptoms suggestive of
lesions of the body, and not only the skin.

inverse acne (Acne inversa) or suppurativny hydradenitis
(Hidradenitis suppurativa). After inflammatory reactions in the hair
follicles and sebaceous glands, sweat ducts are squeezed glands.
As a result, the accumulation of substances in the skin occurs, within the
the sweat. The result is inflammation and the appearance of sinus
moves. Aggravating factors are overweight, clothes friction
and itching in these places (armpits, nipples, in the crotch area,
navel and others.).


Involved in the formation of acne whether microbes and whether acne contagious?

severe
forms of acne (konglobatnye, phlegmonous, acne lightning)
associated with penetration of skin microorganisms living on OK
skin - Propionebacterium acnes and Staphylococcus epidermidis, and
others. Acne is not contagious, because it is necessary for the appearance of acne
Several factors, and microbial infection is a consequence of violations
protective barriers, the emergence of the culture medium (sebum).


Where there are blackheads?


Why am I having acne?

The factors leading to an increased allocation of sebum, include:


Why do I get acne in adults?

appearance
acne in adults may be associated with comedogenic cosmetics, as well as due to endocrine
diseases. The appearance of acne in people over 25 years should
be a cause for concern and a more detailed examination of the body.
Often, acne appears in 30-35 years for women, beginners intensive
use creams. As a result, a permanent occlusion of the sebaceous
glands appear acne. The desire to eliminate these defects in thicker
a layer of cream lead to further aggravation of acne.


What contributes to acne?

besides
these factors may contribute to acne
permanent trauma comedones ( "stripping"), squeezing blackheads,
work in wet with a high temperature (for example,
kitchen).

Does it make sense to treat acne, or they will do?

how
Typically, papular acne comedones and do not leave behind a scar
marks on the skin, so no treatment has no effect on future
a skin. Papules-pustular, phlegmonous, acne conglobata
leave behind scarring, which is hard enough
respond to treatment (dermabrasion, chemical peels, laser resurfacing
skin). Different types of acne are the stages of acne, so
the appearance of each subsequent stage is quite natural, but requires
certain conditions. Papular acne are not always pass
conglobata, but when moving, then disappoint their owner. AT
Anyway, even with comedones it makes sense to apply a skin cleansing
lotions.


Can I squeeze pimples?

Squeeze
Acne can not be. In the case of acne, accompanied by the addition of an infection,
extrusion leads, firstly, to further progression
acne, secondly, the ingress of bacteria into the bloodstream. As,
blood vessels of a person closely associated with cerebral vessels all
traumatic manipulations with purulent skin formations
is above the upper lip, may lead to serious
effects, including death.


Are contraceptives for acne affect?

known
Estrogens reduce manifestations of acne, while
Progesterone acts opposite. Contraceptives containing only
progesterone can exacerbate acne. In the presence of
a woman's body an excess of male hormones (androgens)
appointment of contraceptives with antiandrogenic action leads to
reduction or disappearance of acne.