I should not say that the love of the elderly, especially sex - it is something inappropriate. The psychology of the elderly requires a study and an elderly man - the full support and understanding.

Psychological characteristics of the elderly 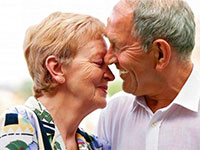 The psychology of the elderly differs from psychologyyoung or mature. After the age of 55-60 years (which is the majority of scientists in the world believe the beginning of the period, the elderly) man begins to sum up life ceases to strive to achieve it, dreamed in his youth, evaluate the past years in terms of success - unsuccessful.

By the psychological characteristics of elderly peopleIt concerns the perception of the coming death. A healthy person who came to the conclusion that she had lived a full life, looking calmly in the face of the approaching sunset. The neurotic personality, discovers that life is lived in vain, and consisted mainly of the errors experienced a strong sense of powerlessness, because it can not change the past. Such a person is overtaken by the fear of death.

In the psychology of the elderly have a number of specificfeatures, such as a change of values ​​in life, focusing on nepotism, increased anxiety related to their own health, the emergence of the trend to the memories. Love older people's stories about his past leads many of them to write his memoirs.

The psychology of the elderly relations 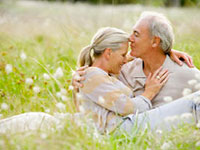 Psychological characteristics of people of oldage encourage them to rely only on the family, a few friends and neighbors occasionally. Losing significant others, older people often "takes a" closed, refuses new contacts. Most often, after spending more than a dozen years of marriage and buried the spouse, a person decides that his love affair is over. It is extremely rare that an elderly person agrees to at least think about the possibility of a new partnership. Primarily, it refuses the relationship is not physiological and psychological reasons. Older people tend to believe that they have little to capable, they are afraid of failure in relationships and sex, preferring completely abandon both.

Love and sex are the elderly

At the old psychology of relationships is that they are very conservative.
Retirement, they areunclaimed professionally, they have sharply narrowed the circle of communication. Their self-confidence is falling. It is not surprising that they often put an end to their sexual relations.

Sexually inactive older peoplesupported by current perceptions in society belief that sex in old age is not necessary, is inappropriate and even repulsive nature. While no study of sexuality elderly person does not confirm this common misconception. 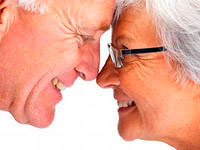 Psychological characteristics of elderly sexualitypeople are expressed, first of all, that all the steps are lengthened doorgazmennogo sexual response: there is slower sexual desire, longer the period when the plateau. For many, this is an asset: a man does not aim to achieve ejaculation, and focuses on the preliminary love games that are usually more than happy with his partners. The woman, whose body is also changing, with pleasure responds to a long prelude, because now she needs more time to reach orgasm.

The main thing to love the elderly - comfort,safety and reliability. People in the seventh decade and over the extremely conservative, they are not seeking novelty sensation and acute emotions. I love older people calm and pacified. If the company will be less exposed to stereotypes, the elderly will become easier to love each other, and their sex life will become much richer and brighter. It is much easier to succeed if you do not say you anything not capable due to the presence of gray hairs.