Alcohol cardiomyopathy develops against the background of long-term myocardial damage ethanol and its metabolites. Damage to the cellular structures of myocardium is the cause of the appearance of painful pains, rhythm disorders and increasing heart size.


Alcohol cardiomyopathy is one of the forms of alcoholic lesions of the heart, which is noted in 50% of people long abusant alcohol. 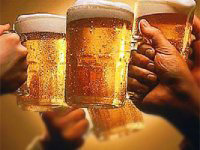 The fundamental factor in the development of alcohol cardiomyopathy is ethanol and / or its metabolites. The development of alcohol cardiomyopathy can also contribute to the same constant stressful states, failure of food (deficiency of proteins, vitamins), hereditary predisposition, viral infection against the background of immunity reduction, changes in the initial state of myocardium (heart muscle). But there is always a distinct parallelism between the amount of ethanol consumed, the duration of intoxication and the severity of the heart damage.

It is believed that ethanol and its metabolites have a direct damaging effect on the cellular and subcellular structures of myocardium cells. This is due to their ability to dissolve lipids and increase the fluidity of biological membranes. At a certain stage of intoxication, this may cause a violation of metabolic metabolism in myocardium and to coal the main ways of energy utilization in heart cells, which leads to the development of myocardial hypoxia. The mediated exposure occurs as a result of the influence of alcohol on various parts of the nervous system and the function of the adrenal glands.

Long use of alcohol causes degenerative changes in the walls of coronary arteries and nerve fibers located in the heart.

Basic symptoms of the disease

As a rule, such patients persistently deny alcohol abuse. The first manifestation of the disease most often there are violations of the rhythm without signs of stagnant heart failure (swelling on the legs, the appearance of shortness of breath during exercise). The development of the disease has several stages - from functional disorders, violations of the rhythm of the heart of a transient character to the resistant myocardial hypertrophy with the subsequent development of heart failure.

The most frequent and typical symptoms of alcohol cardiomyopathy include:

The initial signs of the disease, it is considered heartbeat and shortness of breath during exercise, and they arise as if imperceptibly and unfortunately for the patient. At the later stages of the disease, the condition of the patients gradually worsens.

During alcoholic cardiomyopathy, 3 stages. The first stage lasts about 10 years. In this stage, patients are presented with complaints «unpreciful» heart pain, heartbeat, sense of air shortness, headache, irritability, sweating, bad sleep. The heart in this stage is not increased, tachycardia (rapid heartbeat) is noted, blood pressure is moderately increased.

The second stage of alcohol cardiomyopathy develops in abuse of alcohol over 10 years. Akricyanosis is observed (the formation of fingertips, nose, ear shells), face endlessness. Dyspnea, cough, swelling of the lower extremities appear in small exercise. Heart dimensions are increased, tons of deaf, rhythm disorders appear. The liver is increased in size, characterized by congestive phenomena in a small circulation circle (shortness of breath). The third stage of the disease is the result of progressive cardiosclerosis and irreversible metabolic changes in myocardium.

The absence of characteristic symptoms causes difficulty in assessing symptoms that may be observed in various diseases of the cardiovascular system. Often simultaneously with alcoholic lesions of the heart there are violations of the liver and pancreas function, which significantly makes it difficult to recognize the disease, especially in the absence «Alcoholic» Anamneza. In addition, the liver damage itself with the development of protein, ionic and acid-base blood imbalance can cause a violation of myocardium metabolism and its dystrophy. Diagnosis makes it difficult and lack of markers of alcohol heart lesions.

Diagnose alcohol cardiomyopathy is easier if the history has indications for long-term alcohol use and the signs of cardiomegaly (increased heart dimensions), arrhythmia or stagnant heart failure are determined in the absence of other reasons capable of leading to similar heart activities.

Treatment of alcoholic cardiomyopathy begin with a ban on alcohol use. In the early stages without manifestations of heart failure and in the presence of pain in the heart, tachycardia (rapid heartbeat), arterial hypertension and arrhythmias recommended Beta-Adrenoreceptor blockers. With pronounced cardiomegaly (increased heart sizes), it is necessary to assign heart glycosides, but it is strictly controlled by the reception in order to prevent cardiotoxic effects. In comprehensive treatment include diuretics, vitamins, anabolic hormones, potassium and magnesium salts.

In the exclusion of alcohol and under the influence of treatment, the size of the heart in patients with alcohol cardiomyopathy is often reduced. Restoration of the basic functions of myocardium and improving the overall state occur very slowly, the terms of relative recovery are calculated months and years.

Diagnosis and treatment of dilatation cardiomyopathy