The causative agent cholera penetrates into the human body through the gastrointestinal tract. In the intestine, the causative agent highlights an exotoxin or a active substance that actually has a toxic effect on the body.

Entrance gates of infection through which the pathogen enters the body is the digestive tract. However, cholera vibriums often die in the stomach due to the presence of hydrochloric (salt) acid there, which actually has a detrimental effect. The disease develops only when the protective mechanism does not work and cholera vibrion overcomes the gastric barrier. Reaching the small intestine, the causative agent cholera begins to multiply intensively and allocate exotoxin into an external environment. Many disease manifestations arise under the action of exotoxin. In experiments on volunteers, it was found that only the huge doses of cholera vibrion caused the disease in individuals, and after preliminary neutralization of hydrochloric acid of the stomach, the disease could be caused after the introduction of 106 vibrions (T. E. 100,000 times less dose).

Operation of cholera vibrine on the intestines

The emergence of cholera syndrome is associated with the presence of two substances in the Vibrio: 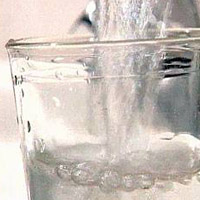 The cholerogen-specific receptor complex activates the process of education of prostaglandins. It is these substances that are regulated by the ion pump secretion of water and electrolytes from the cell in the intestinal lumen. As a result of the activation of this mechanism, the mucous membrane of the small intestine begins to secrete a huge amount of fluid in the intestinal lumen, which physically does not have time to suck the thick intestine. Begins profuse diarrhea with liquid.

Rough morphological changes of the cells of patients with cholera identifies. It was not possible to detect cholera toxin none in the lymph, nor in the blood of vessels from the small intestine. In this regard, there is no data that the toxin in humans amazes any other bodies except the small intestine.

The liquid secreted by a small intestine is characterized by a small protein content, contains the following electrolytes:

Mechanisms of lesion of other systems of oraganism

Loss of fluid reaches 1 l within an hour. As a result, there is a decrease in the volume of plasma with a decrease in the number of circulating blood and its concentration. There is a movement of fluid from the intercellular space into an intravascular space, which cannot compensate for the continuing losses of the liquid. In this regard, hemodynamic disorders, microcirculation disorders, which lead to dehydration shock (shock from dehydration) and acute renal failure.

If you enter a sufficient amount of fluid intravenously, then all violations quickly disappear. Improper treatment or absence lead to the development of acute renal failure and hypokalemia (decrease in blood potassium concentration). The latter, in turn, can cause an intestinal aton, hypotension, arrhythmia, changes in myocardium. The termination of the excretory function of the kidneys leads to azotemia - accumulating in the blood of nitrogenous substances. Disturbance of blood circulation in brain vessels, acidosis and uremia (urine in the blood) determine the disorder of the functions of the central nervous system and the consciousness of the patient (drowsiness, sopor, coma).