Other
by admin
Every smoking person more than once throughout his life says that it will definitely throw. Ways to quit smoking described a great set, but all these ways are aimed at relieving only the physical dependence, which cannot give a full effect, since the main thing is to eradicate psychological fear to quit smoking. 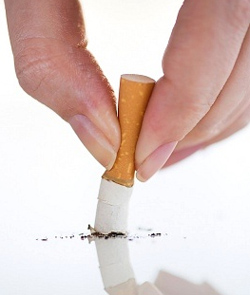 Every smoking person has repeatedly talks about what will definitely leave and, of course, will not eternally interact himself by nicotin smoke. Usually, such promises are expressed with a cigarette grilled in the hands and accompanied by the release of smoke from mouth. «Of course, I'll bother, but not today and not tomorrow, but I will definitely do it, someday, in the near future, after the New Year holidays ..». Common situation?!

Ways to quit smoking described great set: pills, nicotine-containing plasters, chewing, phased reduction of cigarettes smokers and t.D. You are certainly known about these ways, including the pages of our website:

All these ways are aimed at relieving physical dependence, the disposal of which is also an important component against the alend, but cannot give a full effect, since the main thing is to eradicate psychological fear to quit smoking.

Somehow in my life there was a conversation with a colleague on work, which I was very surprised and turned my idea about this bad habit. She is a non-smoking young woman of thirty years old, it turns out, also dependent on cigarettes in student years, experience - three years, then there was a serious motivation in the form of a non-smoking husband, Planning children and lack of money, the result - took the whole will in the fist and threw. It would seem that there was a lot of time, there should be complete freedom and relief, but no, still keeps his will in the fist, and, as admitted, it suffers periodically, it suffers from hitting the company, when celebrating the holidays, when he starts to worry. At such moments, I want to forget about the long years not smoking and take a cigarette in hand. I listened and surprised, a person who does not smoke for many years, who has no physical need for Nicotine for a long time, remains dependent on this bad habit, psychologically dependent!

How to get rid of psychological dependence

So what to do? Whether you are psychologically dependent? Are there fear before trying to quit? What will help to get rid of it? To eradicate it, of course, not so simple, but it is quite possible, let's analyze:

one. Determine how much you are psychologically dependent on cigarettes: 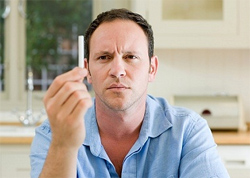 - Deciding to quit smoking, you start picking up the most suitable day for this day, preferably after numerous holidays and birthdays, as you can not imagine how you can have fun and drink without cigarettes;

- You can call your first, second, last cigarette a day, how and where it happens, you also have, so-called ritual cigarettes (after eating or together with a cup of coffee);

- The cigarette has become a means of calmness with any life adulthies, a nipple for an adult child, not even imagine how can it be otherwise;

- When you try to quit smoking, you must keep a pack of cigarettes with you, it is necessary for your own soothing, you never know what. The idea that you will forget her at home, leaving work, brings incomprehensible fear.

The list can be continued, but you already probably recognized yourself on the psychology of the smoker, now you understand, smoking is very cunning drone, but you can get out of it and you need.

2. Answer yourself to the question: «Why do you smoke?».

If a person does something in his will, then he sees some specific value in this and necessity. But what could be valuable and necessary in smoking?

It turns out that many smokers can safely call the so-called so-called «pros» Smoking: For many, this is a certain lifestyle, entourage, someone with a cigarette relaxes, is forgotten after a hard day, calms down, resting during the work shift (we have a cross, and the rest work!)

And some say that there is nothing valuable in smoking for them, it's just a well-established habit and they will never be able to throw, because they smoke all their lives. What nonsense! 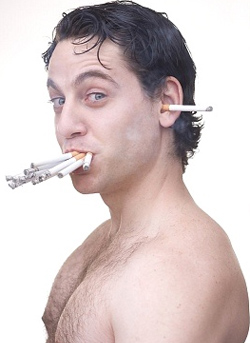 This is not true and the biggest misconception of smokers! Dear readers Our site, Understand that a smoking person initially cannot be relaxed because it is dependent! Non-smokers are not required to relax so many times on the day, because they are not strained, they do not strain about the need to smoke. They are much easier and lighter living, they absorb more interesting from life, because they do not need to be distracted. They do not need convulsively wait for the end of the meeting and run in a smoking time while watching the movie in the cinema.

Well, let's say you are distracted from the main work and, as it were, relax. During smoking, the pulse is spent twenty-blows per minute, the heart begins to work with an increased load. What kind of rest can be speech?!

«An avid smoker with thirty years old to throw will never be able».

Know, throwing any smoker. Absolutely does not matter how many years of their life a person did not part with a cigarette, the length of smoking is not important, at least a year, at least thirty years. I will explain why. Physical dependence on nicotine passes in a few days, well, the maximum, week-two, and psychological - it is or is there, or there is no (eradicated, «Gidoloskali» yourself brains).

«Smoking is a certain way of life of some people».

Do not be inspired as small children. We often apply situations that are massized in the media, on television. Looking like a young couple in the film strolling on the beach, falls into the chaise longue and burns blissfully, do not need to paradist. Understand, the benefit in the film is shown only for the director of the film (it just did not have to dialogue to invent, skillfully hidden a pause) and manufacturers of tobacco products.

Remember, smoking people create a lot of problems: experiences about the need to smoke a cigarette, the disapproval of others, the smell of mouth, the risk of death and much more. Some hide from loved ones (moms, children, husband), just imagine what kind of humiliating position you put you a cigarette.

The root of all problems lies in the psychology of the smokers, prove to your subconscious, that all the reasons why you smoked - complete nonsense. The whole secret is that those who threw people were able to prove to themselves that there is nothing positive in smoking.

4. Create yourself favorable conditions and do not make mistakes. 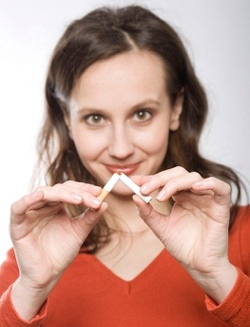 In order to cope with a detrimental habit, it was easier to create favorable conditions for this. As far as possible, you are in the company of smoking people, find yourself an additional motivation (how will the husband be glad, I will finally do not need to hide from a child, stop coughing), it will help, try to avoid alcoholic beverages first, find a comrade on misfortune and Throw together.

And, of course, do not make fatal mistakes that can cross all the works! The most common mistake of people throwing smoking is hope for a random cigarette. A person believes that by throwing smoking, he will be completely painless on some holiday for a company a little smoke. This can not be done! You will return everything to the circles and get into the same «trap». Remember, you need to throw once and forever! 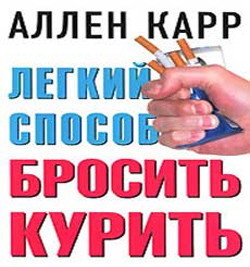 This man himself was an avid smokers and smoked for a hundred cigarettes per day. He himself freed from this habit and cured a lot of people. His book is directed directly to the eradication of fear, which is experiencing a smoker, not deciding to quit. It does not use shock therapy, does not intimidate readers with terrible diseases and the number of deaths from a detrimental habit, he has its own special technique, the book gives a powerful psychological attitude, the reader begins to look at many things in a completely different way.

At the end of the article, I would like to note that there are no ready-made pills from psychological dependence, it (dependence) is born in the head of the smoker in the form of fear and fear, and only turning on the head, «flushing» my brains, reflecting, you can get rid of it, create yourself the right psychological attitude. Remember, billions of people independent of cigarettes who are not deprived of something valuable in this life live in the world!