Home›Pediatrics›Children's autism: at the reception at the psychologist

Children's autism: at the reception at the psychologist

The future of autistic children first of all depends on parents, their perseverance and patience. But without the participation of professionals, too, do not do. Well, if moms and dads have someone to seek advice. The same parents who were with their misfortune one perhaps will help the consultation of the psychologist Anne Simonenko. 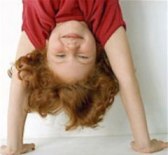 In three years, the son has problems with behavior — Hyperactivity. Psychiatrist diagnosed autism. I do not understand what the connection between these two concepts? My child is inaccessible, well developed, maybe the doctor was wrong?

— The behavior of a child with autism may sometimes resemble the behavior of a hyperactive child, but it is only about impaired similarity, as violations of activity and attention in these cases have different nature; these are two different disorders. Attaching the diagnosis of autism, the doctor draws attention to all its components, primarily on the features of communication and the interaction of the baby with the outside world, as well as on specific types of protection, which are produced during autism. Problems with an autistic child appear much earlier, although most noticeable really become in three years.


Is it possible to do without pills?

Daughter treat from autism tablets, and without pills it is impossible to do without tablets?

— Autism — This is not a disease that can be cured with what–either drugs, and distorted, different from other children development type. Psychiatrist prescribes medicines to influence individual symptoms, such as behavioral disorders, anxiety and t.D. There are both adherents in Russia and opponents of drug treatment in this case. In world practice, for example, children with autism prescribed drugs only with pronounced alarm, fears, with aggression and self-education.

Any medication treatment is very individual and should be under the control of the doctor, but what drugs nor have given your daughter, you should understand that success depends more from you and from specialists (psychologists, speech therapists), which conduct constant correction and teaching girls. If this kind of help is not provided to you, you can seek advice in the city clinical children's psychoneurological dispensary, as well as the district center of corrective and educational training.

Is it true that if a child — Autist, then he needs what–That special food, products?

— In a child with autism, certain preferences are very often formed. It, for example, can eat alone yogurts or there is only potatoes, chopped with straw, rejecting any other. In the absence of enzymatic problems and problems with digestion in general, all this is associated with stereotypes that such a baby is very difficult to overcome, in fear of all new, including new tastes. As for diet messages, «attending» autism and promoted recently on the Internet, then to autism as such they have nothing to do.


How to help your child overcome fear of people in white 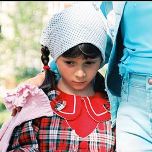 My child suffering from autism, is also afraid of physicians and any medical institutions!

— As for fear of doctors and medical institutions, you can play with a child in the doctor. Only with autistic baby you need to be doubly attentive and neat and move forward slowly, gradually reducing the degree of anxiety, first in relation to individual elements — Toy syringe, white coat.

At the same time, it is necessary to constantly prepare it for a visit to the clinic, talking about what will happen there, make trial, informational campaigns and T.D. Perhaps the first time you will reach only the porch, do not despair, next time you will go inside. Your own calm and confidence is very important.