Home›Pediatrics›Bad appetite in the child: if the child stopped there

Bad appetite in the child: if the child stopped there

When the child has no appetite, there is always an explanation. The task of parents is not to force a child, but to figure out what happened why the baby refuses to eat. 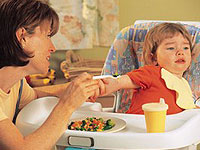 Your child stopped eating or, it seems, never ate at all? You are worried that it suffers from the useful substances that it is poorly growing and is not developing enough, and all this is due to the caps at the table? Then our article — For you.

If the child does not want anything, first of all, we will deal with this most «nothing». We are often inclined to exaggerate the scale of the catastrophe and create a problem in a flat place. Your child has grown to two, four, six years old? Means, «Nothing eats» — at least strong exaggeration. Another thing when the child stopped there is a product or product group, that is, refuses what you consider mandatory. In this case, you will have to deal with the reasons for which the child «nothing wants to eat».

So why the child does not want to eat?

When a child is sick, he has been reduced appetite. The same happens with adults. The patient's body throws all the resources for recovery, and it is simply no strength to digest the usual number of food. As you trust your lack of appetite during illness, it is necessary to trust and the reluctance of the child is during the unhealthy. Just be sure to watch the child drank more. Water, Mors, Compote — with no restrictions.

«What kind of fatness — This Your Filter Fish!»

Who said that the child is obliged to love oatmeal or boiled cabbage broccoli? Remember that you do not like you. If you are absolutely omnivorous, look at loved ones: each of them does not like at least one product. Some people suffer almost all fruits, others barely eat at least one vegetable, the third hate soups as a class, and the fourth nausees at the sight of any meat.

Child learns to choose and hear herself. Child learns to recognize their tastes and preferences. The child growing in a prosperous (non-poor) family, right up to the age of majority can be extremely selective in food. It doesn't matter if he loves buckwheat and zucchini or not. It is important that he has the interests, the desire for them to follow and strengthen the strength to dream, jump, run and tell you «I do not want». What happiness, when a child in two years is able to defend its reluctance to eat a dilated cabbage in a soup! It is worth supporting the baby and help him make an individual menu from what he loves. 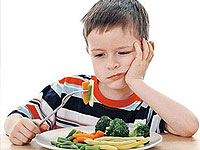 Even if your child may have some pasta with cheese, do not share: even at some point they can having. Be prepared for the fact that the most-premium favorite dish, which kid eaten the submissive seven days in a row, will be the most hated in the eighth day. At the age of one and a half years, children can change preferences at all twice a day. And this is normal — The child learns to distinguish the tastes and has the right in the morning to love rice porridge, and in the evening to turn his nose.

The child can lose appetite from disorder. He broke down or lost his favorite toy, something happened in kindergarten, he watched a quarrel of parents or grandmother with her mother, his family just moved to a new unusual housing... The child has many reasons for sadness and stress. And it is not surprising if, on the background of experiences, his appetite will disappear. After all, you, too, happens, can not swallow, when in the soul — a rock.

«Do not make a cult»

Do not overflow the child. Consider, for curiosity, how many calories do it, if your treasure will eat everything you planned for him for a day. Will there be so much as required by a thirty-year weightlifter?

Very often, parents and grandmothers turn to the pediatrician, a nutritionist and a psychologist with anxiety that the child eats too little. Where in adult intelligent people, the feeling that the child should eat as much as a rod preparing to the performance is completely incomprehensible. But the fact is obvious: children often overwhelm. At best, the child refuses unnecessary food. In worst — subordinate to the eldest and grows stirre faster than swelling.

This, of course, is good if you have a fresh vegetables, fruits, raw nuts and wholegrain bread with low-fat dairy products. If in your family free access — cookies and candy if «drink seull» eight times a day means to eat half a breaker at a time, there is nothing surprising that your child refuses to eat soup, kitlet and vegetables. Limit sweet snacks, let's only delicious after lunch and in a strictly agreed small amount. And, about a miracle, your child will come back appetite. True, if Choot has already become accustomed to the kille candy until noon, you will have to show hardness and inflexibility and withstand several days of emotional siege.

If in early childhood your child eating badly, and you jumped around him with tambourines and fairy tales, if only he only got off and opened his mouth... If you fed a child under cartoons, because then he got carried away, he eaten a complete portion of food.... If each feeding of the child has interconnected by games and entertainment, in which all numerous bunnies, bears and cats took part...

Do not be surprised that your child does not want to eat. He has a poorly formed saturation mechanism — the child simply does not know what it is. You did not give him the opportunity to figure out what it means to get drunk very badly, and then — feel satisfaction from the feeling of satiety. In such cases, the child eats because it is necessary. And who needs it, why should it be necessary — He does not know.

To teach even the sixthlet again feel sharp hunger and understand when he was flooded, and when not yet, you can. But for this you have to make a lot of effort. And this is already the topic of a separate article.