Until the mid-20th century, polio virus freely «Framed» On the planet, children's poliomyelitis represented a terrible threat, and there was no confidence that humanity will cope and defeat this terrible disease, but the efforts of the World Health Organization and Microbiological Doctors defeated life. About this in the article. 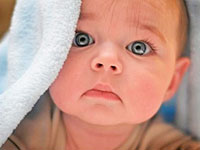 This heavy illness, known since time immemorial, was described in detail and studied by the middle of the last century. Numerous studies of scientists allowed to conduct a stubborn and successful struggle with him, get rid of it, and never meet again. In the middle of the 20th century, this infection had a very high percentage of morbidity not only among children, but also adults. Since 1988, the World Health Organization applies considerable efforts to eradicate this terrible disease, and today after immunization of polio, the number of cases of the disease has significantly decreased. In our country there were completely eliminated outbreaks of infection. Single cases of the disease are sometimes observed in some underdeveloped countries with a backward and low level of sanitary and hygienic education and education.

Signs of children's viral polio is considered to be its acute principle associated with an increase in body temperature to 39-40OC, redness of the mucous membranes and the groove, the enhancement of cough and the runny nose, the appearance of muscle pain in their hands and legs, nausea and vomiting, challenge. Children's poliomyelitis as well as an adult is caused by a polio virus that is capable of pretty long to be maintained in water, die only under the influence of the highest temperatures, manganese-acid potassium, formalin or hydrogen peroxide.

Ways and ways to transfer the pathogen 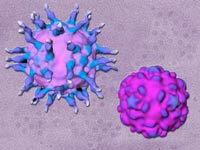 Infection occurs by contacts with patient or carrier of infection with two main ways. One of the ways to transmit the infectious polio virus is a drip, when, when talking, sneezing or cough, the virus from the mucus of a person already sick or only the carrier enters the environment and penetrates the body of a healthy person through the respiratory tract. At the same time, the disease may have a fecal-oral path of infection, and then in the case of the use of infected products, more often vegetables and fruits, non-milk milk or raw water, the path of its distribution lies through the gastrointestinal tract, which explains the fact that the maximum of cases Diseases fall at the end of summer, the beginning of the autumn period.

This severe infectious disease is divided into the following criteria.

By the flow of the disease:

In addition, the non-paralytic form of the disease is distinguished, which proceeds with common symptoms of infectious diseases, and often ends with recovery and paralytic form, when many functions of the muscles affected by the virus are not restored, and by the end of the life, many physical and mental defects are preserved. The most difficult cases sometimes end with a fatal outcome, and therefore the importance and necessity of vaccination is difficult to overestimate. 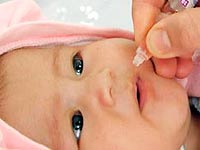 The first vaccines appeared in the 1950-60s, when the incidence rate in some countries has reached the scale of state disaster. American and Russian scientists-microbiologists made a great contribution to the development of vaccination against polio. Inactivated vaccines are injected three times, and after vaccination of polio, humoral immunity is produced. After vaccination with a vibrant polyomyelitis vaccine from a 1.5-year-old age, polyomelitis vaccinations are performed according to a certain national calendar scheme several times, after 45 days. After the vaccination of acute infectious polio in world practice, a sharp decrease in morbidity was immediately noted, the number of cases was noticeably reduced, and then at all minimized. The global efforts of the World Health Organization were rewarded. It should be understood that 2-3 monthly kids are not ill thanks to the immunity obtained from the mother, repeated cases of the disease are not marked, and persistent immunity ensures reliable immunity.