disease
by admin
Dementia is called a slow but systematicextinction of human mental abilities. This process is accompanied by decrease in cognitive capacity, memory loss and concentration. Why is this happening and what can be done in this case, we will discuss in this article.

Dementia causes transformationhuman personality. Typically, such changes occur with aging, mainly in people older than 60 years. The disease progresses as the reduction of short-term memory and learning ability in the background of aging. However, not all forgetfulness of an old man is a symptom of the disease. If healthy elderly people may miss some of the details from memory any of the recent events, the dementia patient completely forget about the event. 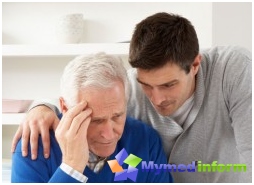 There are two main types of disease.

The reason is the degradation of tissue pathologybrain, resulting in cerebral circulation becomes inferior. This development of "events" is typical of a number of diseases: hypertension, atherosclerosis, Cerebrovascular ischemia. In addition, the risk zone people who have had myocardial infarctionsuffering diabetes, Hyperlipidemia and abnormalities of the cardiovascular system.

A sudden decrease in the intensity circulatory in the brain is considered the main sign ofvascular dementia type. In most cases the disease appears a history of elderly people (from 60 to 75 years). Men suffering from dementia is 1.5 - 2 times more often than women.

This kind of dementia is also beginningdevelop in adulthood. Increasing dementia, memory impairment is expressed, reminiscent of progressive amnesia. The progressive senile dementia ends with the collapse of the mental activity. This disease is common in older people much more often than other mental disorders, with women more prone to senile dementia than men. The peak incidence noted in the period between 65 - 76 years. 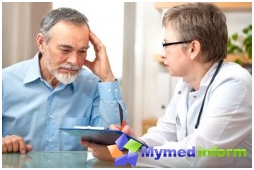 In addition to general laboratory specialimportance is attached to the doctor to communicate with the patient and his family. Forgetfulness - the main symptom of dementia. The specialist will offer the patient to take the test, and on the basis of aggregated balls will be able to assess the overall condition of the person. Tests usually include simple arithmetic tasks, tasks for review of the associative and logical thinking.

In some cases, for confirmation of the diagnosis resorting to the magnetic resonance and computed tomography.

To complete the picture there was a condition of the patient, the doctor will take into account his age, his family history, their living conditions, the presence of other serious diseases that can affect the development of dementia. 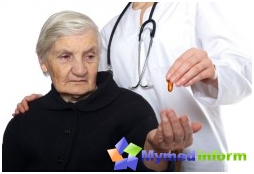 Dementia can not be cured. In 15% of cases, when the disease has arisen on the basis of strong depressive disorder (pseudodementia), the patient's condition can be corrected, and is considered to be reversible. In other cases, the disease inevitably destroys a person's psyche.

All therapeutic methods of treatment are reduced toslowing down the development of dementia. If the disorder has appeared on the soil of Alzheimer's disease using the drug donepezil, which to some extent suspends the course of the disease. Dementia is caused by repeated minor strokes, can not be treated, but it can suspend the development of timely conducting a comprehensive treatment of hypertension.

Ways to stop the progress of brain degradationbrain on the basis of AIDS yet. Strong agitation, often accompanied by severe cases of dementia, is removed using antipsychotics (haloperidol, Sonapaks).

To cure this mental pathology is not possible,but did not really encounter with her at all, according to our site. We present a list of recommendations, following which, the person remains in sound mind and memory to the very old age. 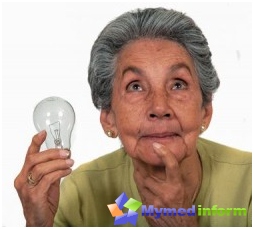 Did you know about these rules before, but did not give it much importance. But do they really work and are a great "trainer" for clear thinking.